Entertainment of all forms is filled with Brands, but contrary to popular belief, most of these are not product placement.

In this article, we broadly define product placement as a Brand shown in entertainment in exchange for an incentive such as money, equipment, production assistance or synergy. Appearances where there is no communication between the Brand and the media producers are referred to as organic.

While the most visible Brands in entertainment are the result of business agreements, a very large number appear without them. Here are 5 ways to identify when Brands appear in entertainment organically:

Sometimes, when a Brand appears, one will notice that the logo is blurred out. This happens when the producer or broadcaster “censors” a Brand.

This happens for a number of reasons:

– While a Brand may be used by an artist in a music video or as a prop in a movie, it might be blurred later in the editing process because of agreements with other Brands. If a Brand pays for an appearance, it will not want other Brands to receive free exposure; especially its competitors. For instance, in IRON MAN 2, an Acura badge was blurred out because Audi, a competitor, was the movie’s official partner.

– Brands might ask for their logo to be blurred or removed if they find the context in which they appear unfavorable. For example, Mercedes-Benz and Coca-Cola had their logos removed from SLUMDOG MILLIONAIRE (2011). Budweiser unsuccessfully asked to have its logo removed from movies such as FLIGHT (2012) and THE HANGOVER PART II (2011).

A Brand’s presence in entertainment is quite complicated, and each case in which a logo is blurred might be slightly different.

However, one can be certain that when a Brand appears with its logo blurred out, it is not product placement.

When a Brand offers an incentive to feature in a movie, TV show or other form of entertainment, it will expect significant exposure. This will often mean close-ups, the logo or name being clearly shown, the Brand being mentioned in the dialogue or even integrated in the plot. These are the Brand occurrences that the audience notices most. However, a large number of Brands in entertainment appear either discreetly or in the background and do not have their logos shown. Hence, these Brands are rarely noticed by the average viewer and are not present because of product placement.

In MISSION: IMPOSSIBLE – GHOST PROTOCOL (2011), while Apple and BMW were featured prominently due to specific arrangements, 56 other Brands also appeared in the movie. Of these, 41% only appeared in the background and 60% never had their logos shown. None of these Brands appeared due to product placement.

More recently, Audi received over a minute of screen time in IRON MAN 3 (2013) while over 60 other Brands only received an average of 12 and a half seconds each. Audi paid a hefty fee for this prominent visibility while many of the other Brands appeared completely organically but much more discreetly.

Concave Brand Tracking’s data – looking at the top 10 movies at the box office for each year from 2003 to 2013 – shows that 35% of Brand sightings are either discreet or in the background. However, these only account for 16% of screen time. What this means is that over 1/3 of Brands appearing in movies will rarely be noticed and that they receive disproportionately less screen time than “star” Brands which appear due to product placement.

If a Brand is only ever seen in the background or discreetly, it is not product placement.

The purpose of product placement is first and foremost to enhance Brand awareness. The close second is to shape how a Brand is perceived. Brands that work with entertainment producers to get their products on screen strive to have them portrayed in a way that matches their Brand values. So, if a Brand’s portrayal is negative, one can be sure that it is not product placement.

This includes Brand whose products are shown as deficient, causing harm, used in a negative way or even as the butt of jokes. An infamous example of this is Toyota, specifically its Prius model, which is mocked in movies including THE OTHER GUYS (2010) or RIDE ALONG (2014).

One arguable exception to this rule was Reebok’s product placement in Jerry Maguire. While the portrayal was not outright negative, it was not what Reebok had signed up for and consequently resulted in a lawsuit.

Generally, if a Brand’s portrayal is negative, then it is not a case of product placement.

Another element that can help identify whether a Brand’s appearance is product placement or not is the presence of competing Brands.

In FLIGHT (2012), starring Denzel Washington, 7 different Brands of beer and 20 Brands of liquor appear. Putting aside the fact that most of them appear with the clearly negative association to alcoholism, if any of these Brands had incentivized producers to feature them, they would not have been happy about their competitors receiving similar screen time.

In NEED FOR SPEED (2014) we find examples of product placement and organic appearances. They can be distinguished, in part, through the presence of competitors, or lack thereof. In the movie, a 2014 Ford Mustang receives over 4 minutes of screen time, is portrayed very positively and none of Ford’s competitors receive comparable exposure. On the other hand, Bugatti, Lamborghini, McLaren and Saleen – all luxury sports cars – are portrayed indistinguishably and for around 30 seconds of screen time each.

Due to the lack of competitors and substantial screen time, it is no surprise that Ford collaborated with the movie. Additionally, Bugatti, Lamborghini, McLaren and Saleen appearing on screen for similar lengths of time, all together and being portrayed the same way, indicates that their presence was organic.

Hence, Brands that appear in entertainment alongside competitors, with no differentiation, are not present due to product placement.

Product placement is, ultimately, just another means of marketing. Hence, it usually fits in within a broader marketing strategy. As a result, the message conveyed by a product placement will be similar to the that of a commercial and target demographics will be complimentary.

Omega’s depiction in James Bond, Audi’s in Iron Man, G.H. Mumm et Cie’s in DANGEROUS by David Guetta or Toyota’s in Modern Family are all examples of Brands being portrayed the way their companies intended. The Brand portrayals conveyed are similar to those in conventional advertising. They are all the result of product placement. What this signifies, is that when there is an obvious disconnect between a Brand’s official marketing and a portrayal in entertainment, no communication has occurred between the marketing team and the entertainment’s producers.

A perfect example of this is Versace. If one browses through their website, look books, videos and content in general, it is quickly obvious they portray themselves as a colorful, elegant, luxurious and fashionable Brand. They also use mostly young white models and their tendency to favor female fashion indicates that young white women are their primary target market.

Now, let us turn to how Versace is portrayed in music videos, where it has consistently ranked in the top 10 most visible Brands in the first 3 quarters of 2014.

In the 25 videos for 2014 Billboard Hot 100 songs in which Versace appears, only 27% of the individuals it is associated to are females, and in only 25% of its screen time it is associated with white individuals. Instead, Versace is predominately worn by black males. Furthermore, rather than being shown as tastefully elegant and luxurious, Versace is shown much more as cool than it is fashionable in music videos. It is also associated with sexiness, going out, female attraction and glamour, more than with luxury.

Here, cool is defined as “When a Brand is used/worn/shown in a positive way. The Brand is meant to provide positive emotional reinforcement beyond any practical purpose. The associated individual is proud of the Brand and seeks the association.”
– Brand association dictionary by Concave Brand Tracking

This is not necessarily a negative depiction, it has resulted in Versace becoming a hugely aspirational Brand for young black men. But it is very different from the image Versace’s marketing team aims to project. For this reason we can assume that most appearances by Versace in music videos are organic and not product placement. One of the rare cases where Versace was involved in its appearance, was in G.U.Y. by Lady Gaga. The pop artist is also a model and Brand ambassador for the Italian fashion house. 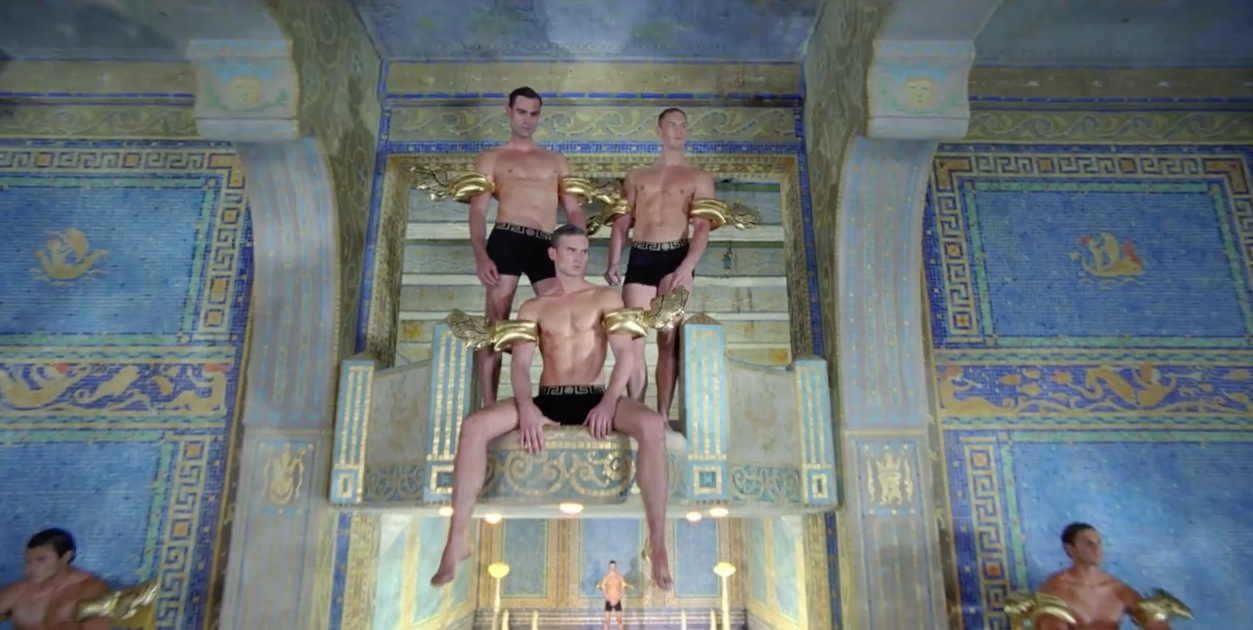 So, if a Brand’s portrayal in entertainment is radically different than the image shown in its marketing, it is most likely not product placement.

Concave Brand Tracking
Whether you work for a global Brand or write about them, do not hesitate to contact us at info@concavebt.com if you would like to learn more about our methodology, data or the services we provide.