After topping the US box office 2 weeks ago, PITCH PERFECT 2 is already the #7 top grossing movie at the 2015 US yearly box office.

This is not only a great success for Universal and all the cast and crew, but also for the many Brands involved in the movie. 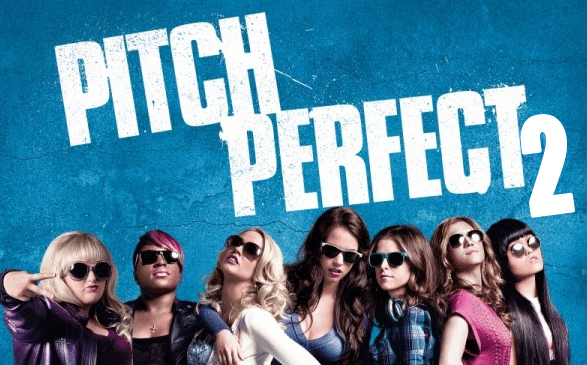 Concave Brand Tracking recorded all the Brands in PITCH PERFECT 2 (2015). Below we look at how much Brand exposure it contained in comparison with other movies. We also analyzed which Brands got the most visibility and how they were portrayed.

Firstly we looked at movies that had similar amounts of total Brand exposure as PITCH PERFECT 2 (2015). We found that THE AMAZING SPIDER-MAN 2 (2014) had just a bit more while THINK LIKE A MAN TOO (2014) had just a little less. THE EQUALIZER (2014) had almost exactly the same amount.

Now let’s see which individual Brands got the most visibility in PITCH PERFECT 2 (2015).

As we see above, Nike is the most visible Brand in PITCH PERFECT 2 (2015) followed closely by Apple and The Voice. We find Beats by Dre and Adidas with the 4th and 5th most Brand visibility. Pantene, Volkswagen, Covergirl, Voss and HP make up the remainder of our top 10. These last 5 all have about 20% as much exposure as #1 Nike.

To see a more in depth analysis of these Brands’ presence and portrayal in PITCH PERFECT 2 (2015) and how these appearance compare to those in other movies, click the corresponding links below:

P&G’s cosmetic Brands Pantene and Covergirl appear mostly as sponsors of the singing competition The Bellas participate in. They get over 2 ½ minutes between them and while they are associated with singing and performance they are mostly shown as sponsors and advertisers.

It is at the Volkswagen event that Voss water bottles are seen, again very much as an event sponsor and advertiser.

Though almost all electronics in PITCH PERFECT 2 (2015) are Apple products, one of the few exceptions is an HP monitor which we see in the recording studio. The Brand gets just over 40 seconds of screen and is associated with music production and more generally, professional use.

–       The Green Bay Packers have their name mentioned twice, a flag of theirs waved and a group of their players appearing as a competing a cappella group.

–       Build-a-Bear is mentioned as a possible romantic activity.

–       The Lead with Jake Tapper, Morning Joe and Jimmy Kimmel Live! TV shows all appear in the beginning of the movie.

–       Keurig coffee machines are seen at the record label office.


Check out more Brands in other comedy movies on our dedicated Pinterest board.