Chris Brown, Lil Wayne & Tyga are LOYAL to their Brands

Despite being in jail, Chris Brown has just released the long anticipated music video to the song LOYAL which is already high in the charts. Brown is joined by Lil Wayne and Tyga in this flashy, colorful video filled with Brands.

Over 20 Brands appear in under five minutes and whilst Fantasia and Ashley Madison are the clear product placement stars, some of the other prominent Brands are Trukfit, Last Kings, Zing Vodka and Black Pyramid.  These four Brands are all directly linked to the songs’ artists. 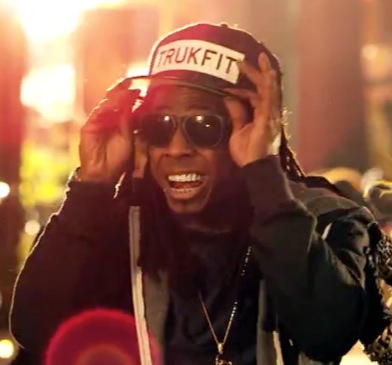 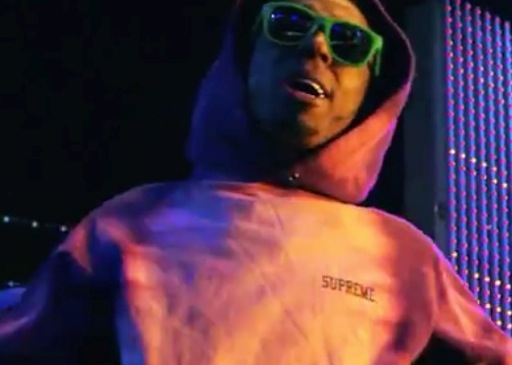 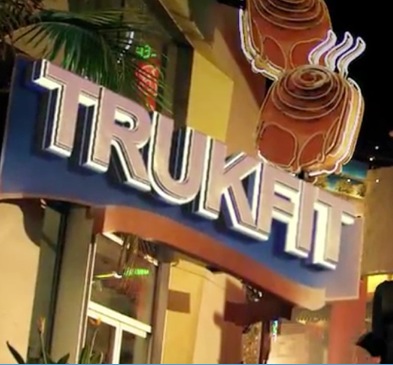 Trukfit is Lil Wayne’s clothing Brand so it is no surprise he sports the Brand’s cap. He also wears a pair of his familiar Thrasher sunglasses as well as a Supreme hoodie. There is also a huge Trukfit sign in the background in part of the video. 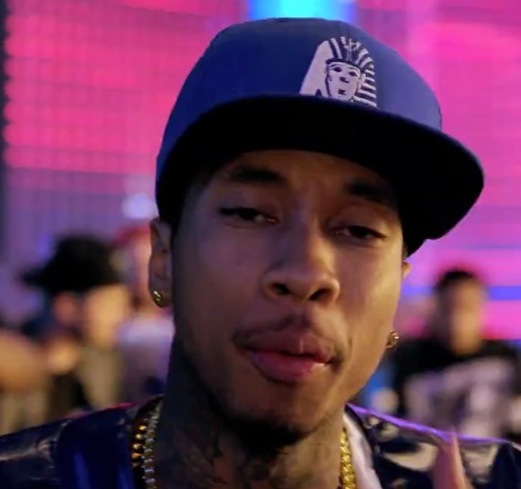 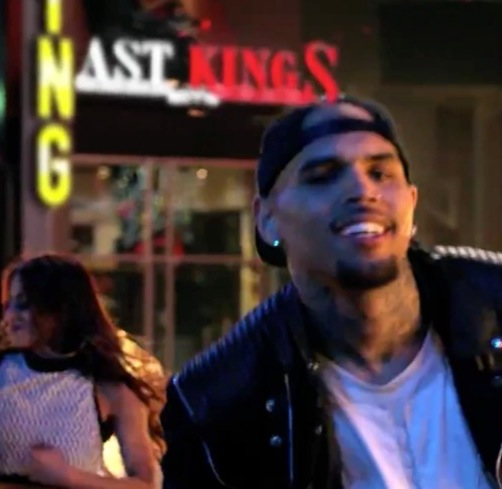 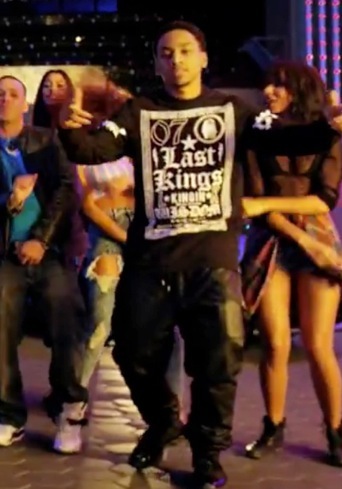 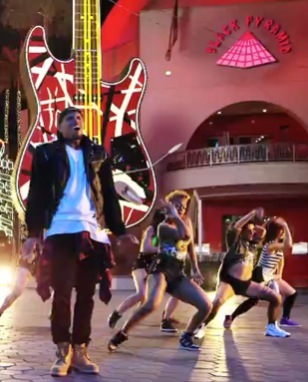 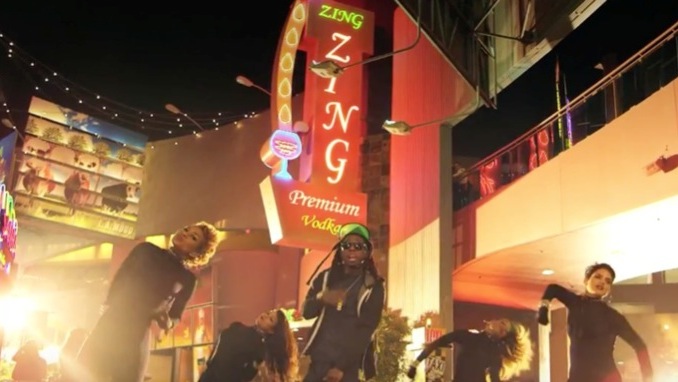 Whilst his featured friends’ Brands get centre stage, Chris Brown’s Brand take more of a backseat. A discreet neon sign showing Black Pyramid, his clothing Brand, can be seen in part of the video. In the first half of the video there is also a very large Zing Vodka neon sign in the background of Lil Wayne’s verse. Chris Brown is the Brands’ creative director‘.

Lil Wayne and Tyga proudly wearing their clothing lines portrays the threads as cool and reinforces the association between the Brands and their founders, but the use of background signs and neon signs will probably not do much for the Brands other than create some some Brand awareness.

It is surprising that Zing Vodka did not have a more visible presence given their link with Chris Brown.  In past Chris Brown videos such as LOVE MORE we found a close-up of the recognisable vodka bottle in the hands of a young female.

One of the two starred product placements in Chris Brown’s LOYAL is the app for  Ashley Madison, the online dating site meant specifically for extra marital affairs. The mobile app racks up seven seconds of close ups both on a Samsung Galaxy phone and an Apple iPhone (see our article on mobile phones in music videos), both times in the hands of a young African-American female. Given Ashley Madison’s average female user age of 36 this seems to be a clear indication that they are trying to appeal to a younger audience.

Concave Brand Tracking records, which include all Billboard Hot 100 music videos, show this placement is the first for Ashley Madison in a music videos.  In terms of other dating sites in 2010 and 2011 PlentyofFish enjoyed some prominent placements in music videos of the likes of Jason Derulo, Lady Gaga, Britney Spears and Kesha.

The other obvious product placement is Fantasia’s e-hookah, smoked by both a male and female African-American extra. Unlike Ashley Madison this is part of a rising trend in music that has seen electronic cigarette and e-hookah Brands such Eonsmoke, Square and Encore appear in music videos since the start of 2014. This marketing is particularly aimed at the young African-American market as they are the ones seen smoking the electronic smoking devices in almost every instance of their placement.

Whilst they are by no means the focus of the video a couple of notable footwear Brands make appearances.
Air Jordan continues to enjoy a near omnipresence in recent Hip hop music videos as both Chris Brown and Lil Wayne are seen wearing the jumpman shoes. 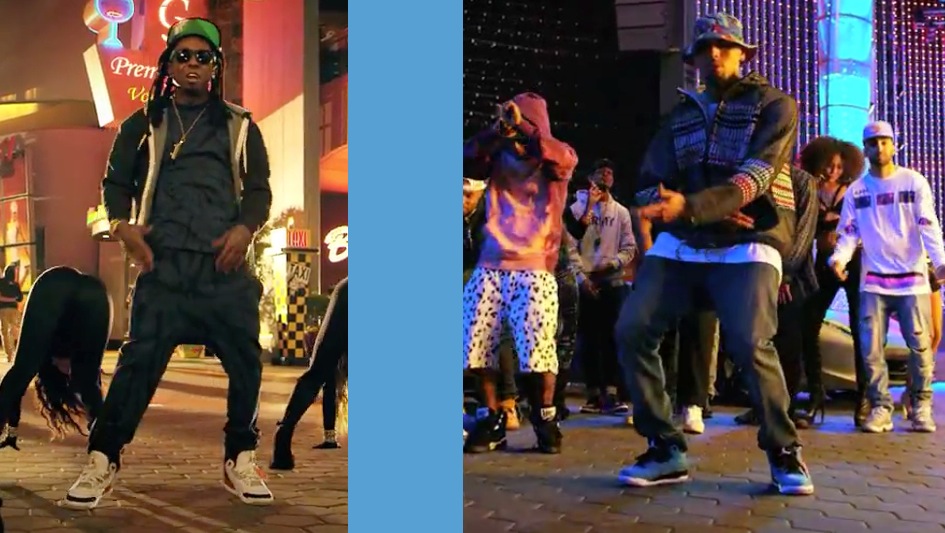 A less common footwear Brand in recent music videos is Timbaland, which is worn by Chris Brown as well as his backup crew throughout a dance sequence of the video.

Converse and Nike make discreet appearances in the video, as well as Adidas. It is worth noting that whilst the depiction of all other Brands are seemingly favourable, Adidas shoes are worn by a male who has his female companion stolen away by Chris Brown, possibly insinuating that Js and Timbs are more attractive to women, and cooler, than Adidas. 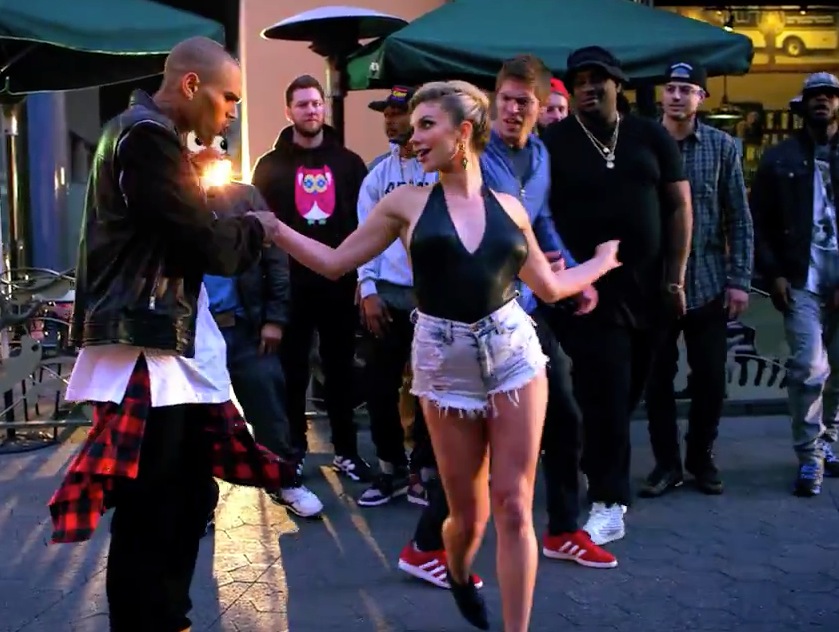