Katy Perry’s latest music video brings us the singer dressed up as 5 different terrible birthday entertainers and in the midst of the ensuing mayhem two clear product placements are seen.
The first is a Q&Q watch and the second a pair of Samsung headphones. This second placement is a major first step for Samsung as it enters both the premium headphone market and the placement of such products in music videos.

As Princess Mandee, Katy Perry wears a Q&Q Smile Solar watch. The watch is distinguishable most of the time the lazy pink princess is on screen but also received a 2 second full screen shot which clearly indicates product placement of some sort. 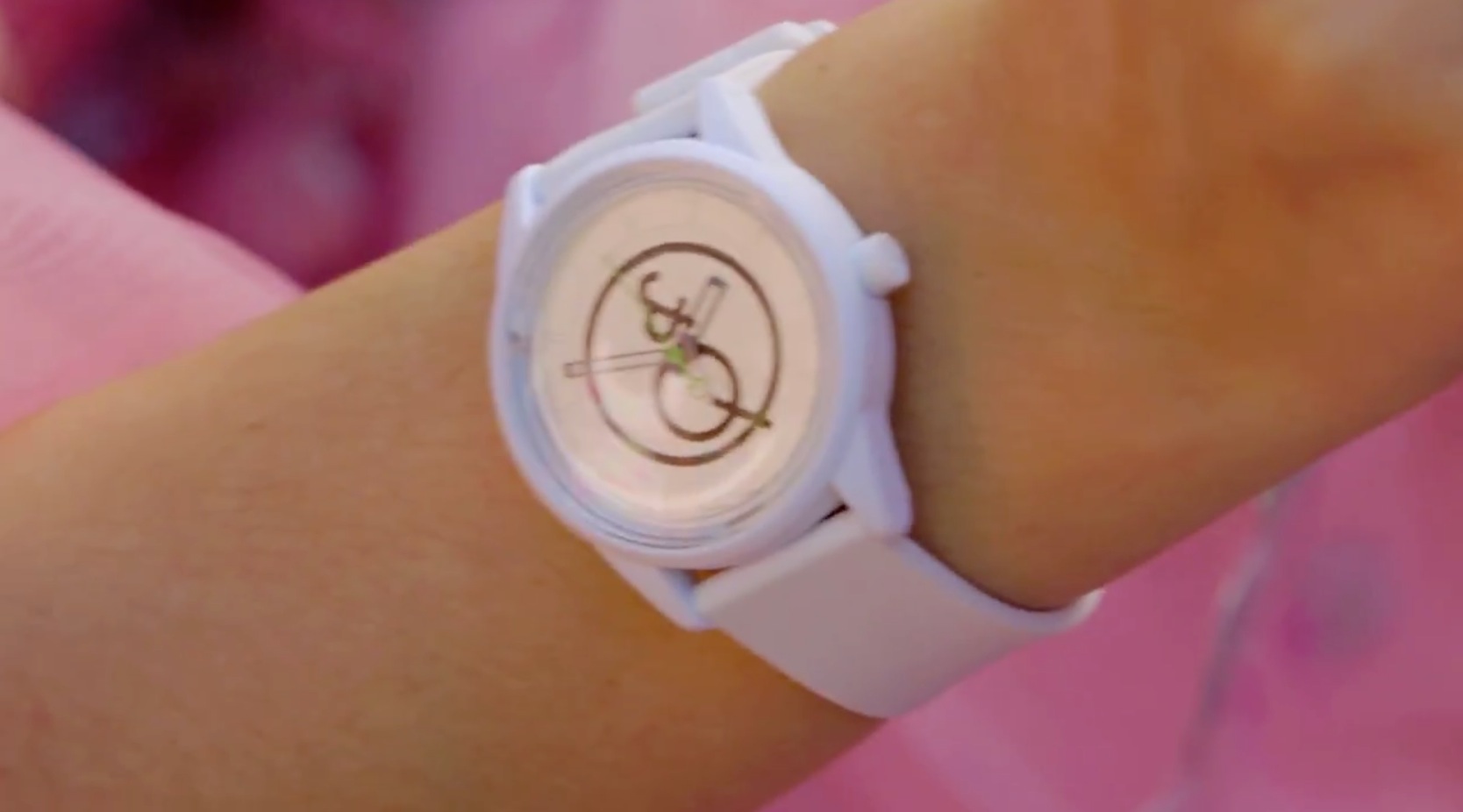 Q&Q quickly promoted the BIRTHDAY video and proudly mentioned its product’s presence both on their website and across their social media pages.

Through this appearance the Brand is portrayed as glamorous and feminine but also a bit childish, or at the very least playful.

It is worth mentioning that this is not the first time Katy Perry endorses a watch Brand through product placement in one of her videos. She wore an Ice watch which also received close-ups shots in her 2012 singles PART OF ME.

To see more watch Brands that appear in music videos, such as Ice Watches or Casio check out our dedicated Pinterest board:

Whilst Q&Q’s appearance clearly targets girls and possibly young women, the appearance of Samsung is meant for a different audience. Used by Katy Perry as Yosef Shulem, a terrible jewish entertainer and DJ, the Samsung Brand is associated with DJ-ing and a somewhat professional use.

Samsung do currently have earphones and headphones in their extensive product range, but these are not the ones found in the BIRTHDAY video. The headphones, which also get their very own 2 second close-up, are in fact part of a new range of Samsung headphones created to compete in the premium headphone market. Whilst the LEVEL range has not been released yet, details such as products and prices began making their way onto specialist sites in the hours leading up to the release of Katy Perry’s BIRTHDAY music video. There is little doubt that this was carefully coordinated.

Samsung is not completely new to product placement in music videos but this is definitely the first time their headphones have appeared in such a visible manner in a major music video. 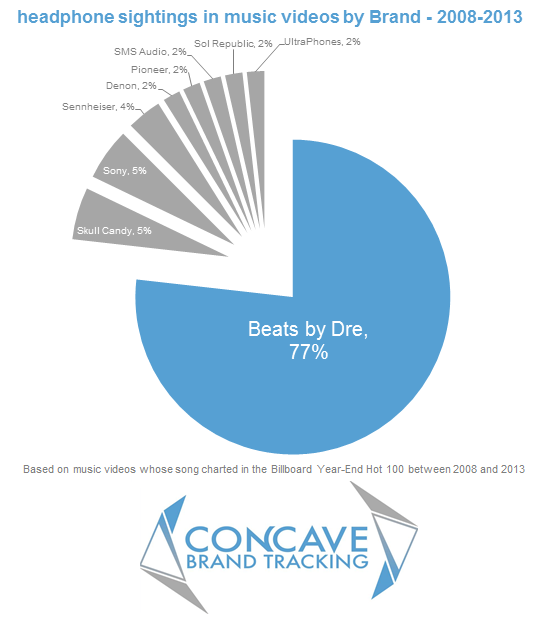 See where Beats by Dre ranked in the 10 most visible Brands on the 1st quarter of 2014.

This correlation between exposure in music videos and strong market share has clearly driven Samsung to replicate the product placement strategy.

To see more headphone Brands that appear in music videos, such as Sony or Monster check out our dedicated Pinterest board:

Samsung, which is far from small, unknown or new is entering a market dominated by a competitor both in terms of market share and music video visibility, so we will have to see if they can make an impact in either of these measures.

Samsung is the only mobile phone Brand to have any real presence in music video other than Apple, but Galaxy phones’ visibility remains dwarfed by that of iPhones. Concave will keep tracking these Brands to see if Samsung headphones become common in music videos or become a rare exception to Beats by Dre as they are to Apple in terms of mobile phones.

See where Apple ranked in the 10 most visible Brands on the 1st quarter of 2014.

As Katy Perry rarely features a same Brand in multiple videos, we should not expect to see either Samsung or Q&Q in any other videos any time soon.

Check out our Pinterest board decimated to Brands appearing in Katy Perry videos.