LINE OF DUTY season 6 was the most-watched drama in British TV history since records began. On average, it was watched by 13.5 million viewers when accounting for live +7 days.

Concave combed through all seven episodes recording all recognizable brands. We identified over 35 different brands which collectively received over 5.6 million pounds (8 million US dollars) in product placement value. The majority of this value went to electronics brands in the form of TVs, phones, laptops and other technology products. A further 40% went to car brands.

Now, let’s take a closer look are the top 10 most visible brands in season 6 of LINE OF DUTY, ranked by the advertising value they received.

Ford was one of the many brands of police cars that featured throughout season 6 of LINE OF DUTY. The American brand appeared in all seven episodes in the form of Mondeo Estate and Kuga police vehicles as well as ambulances and occasional background cars. This totaled over five and a half minutes of screen time for Ford.

Ford is one of the most common product placement brands and most recently was the #1 car brand and #2 brand overall in Concave Brand Tracking’s 2020 list of the top 100 brands in film.

Audi appeared mostly as DI Kate Fleming’s (played by Vicky McLure) main vehicle. It was 2020 Audi A4 B9, according to IMCDB. This placement provided Audi with almost three and half minutes of screen time. This is less than Ford, but we find Audi ahead of it because the quality of its exposure was higher as Audi’s logo was more visible and it was shown more prominently.

Audi is also a regular brand in entertainment.  It was the 18th most visible brand in 2020 movies and made a recent appearance in THE FALCON AND THE WINTER SOLDIER.

Apple was the #1 brand in 2020 movies. As such, it is no surprise to see its iPhones widely used in LINE OF DUTY S6. Although some characters did use Nokia phones, the vast majority could be seen talking extensively on Apple handsets. This earned apple almost five minutes of screen time.

Beyond appearing in 60% of 2020 films, Apple is also omnipresent in TV. It was recently the #1 brand in THE FALCON AND THE WINTER SOLDIER.

VW’s presence in LINE OF DUTY S6 ranged from civilian vehicles such as a 2019 Volkswagen Arteon to a Transporter van used for surveillance. However, Volkswagen’s most memorable role was most definitely the Crafter van in episodes four and seven. These were used to transport prisoners and were involved in ambushes.

Overall, VW had almost four and half minutes of screen time and good quality of exposure.

Volkswagen was 20th most visible brand in 2020 movies, thanks primarily to its role in PALM SPRINGS.

Vauxhall appeared in six of the seven episodes of LINE OF DUTY S6. Its vehicles were used as civilian cars and police cruisers. The brand had over five minutes of screen time and good quality of exposure.

Vauxhall did not make Concave’s 2020 list of the top 100 brands in film but did feature both in the original and the 2021 Snyder Cut of JUSTICE LEAGUE. 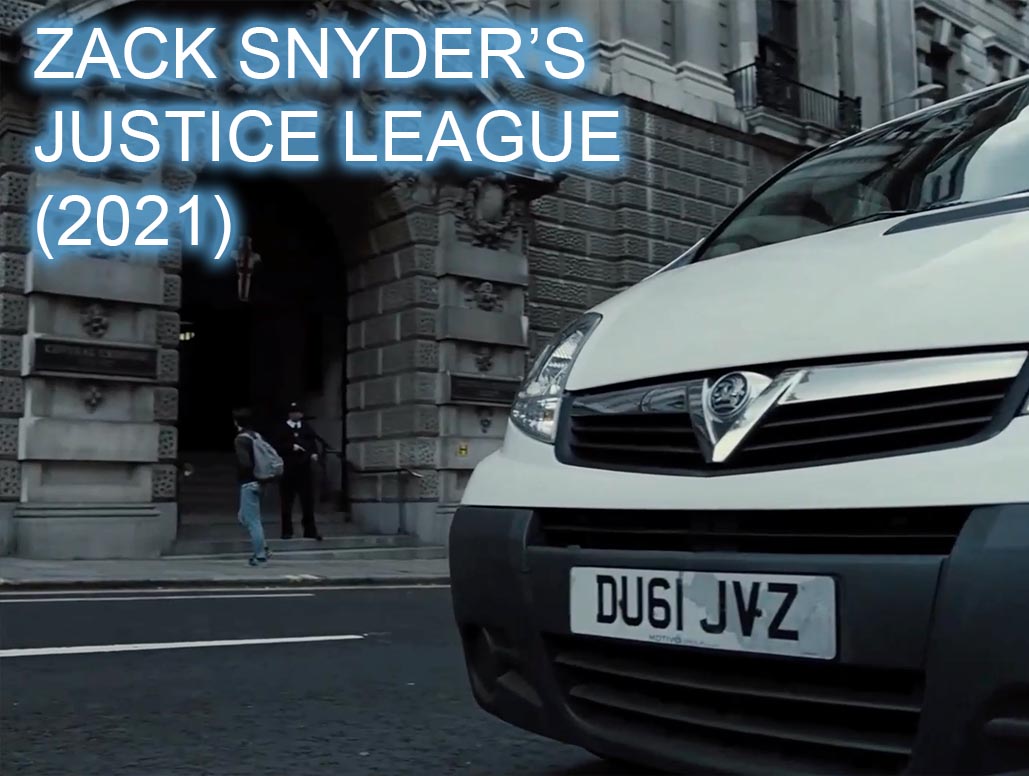 Volvo featured heavily in season 6 of LINE OF DUTY as the main vehicle used by DI Steve Arnott (played by Martin Compston). He drives a 2019 Volvo S60 which features prominently in all seven episodes. This placement added up to over seven minutes of screen time.

Volvo was the 42nd most visible brand in 2020 movies with appearances in TENET, SONIC THE HEDGEHOG and EUROVISION SONG CONTEST. It also featured in season 2 of THE BOYS, HOMELAND and A MILLION LITTLE THINGS.

Mercedes-Benz had almost nine minutes of screen time in S6 of LINE OF DUTY. Most of this came from its Citan and Vito vans the police force used in six of the seven episodes.

Mercedes-Benz was the seventh most visible brand in 2020 movies with appearances in TENET, WONDER WOMAN 1984, EXTRACTION and MY SPY and many other films.

It also appears regularly on TV. Most recently, it was the eigth most visible brand in THE FALCON AND THE WINTER SOLDIER. It also had an iconic run as the vehicle of choice of Ray Donovan in his eponymous TV show on Showtime.

Microsoft had a huge product placement presence across the latest season of LINE OF DUTY. Many of the main characters used their laptops, tablets and computers. This all added up to over 18 minutes of screen time.

Microsoft has been aggressively expanding its presence in entertainment in recent years. It was the 28th most visible brand in 2020, with appearances in movies like BAD BOYS FOR LIFE or THE WRONG MISSY.

It has also appeared in such shows as ALEX RIDER, BOSCH, SILICON VALLEY and FBI MOST WANTED. 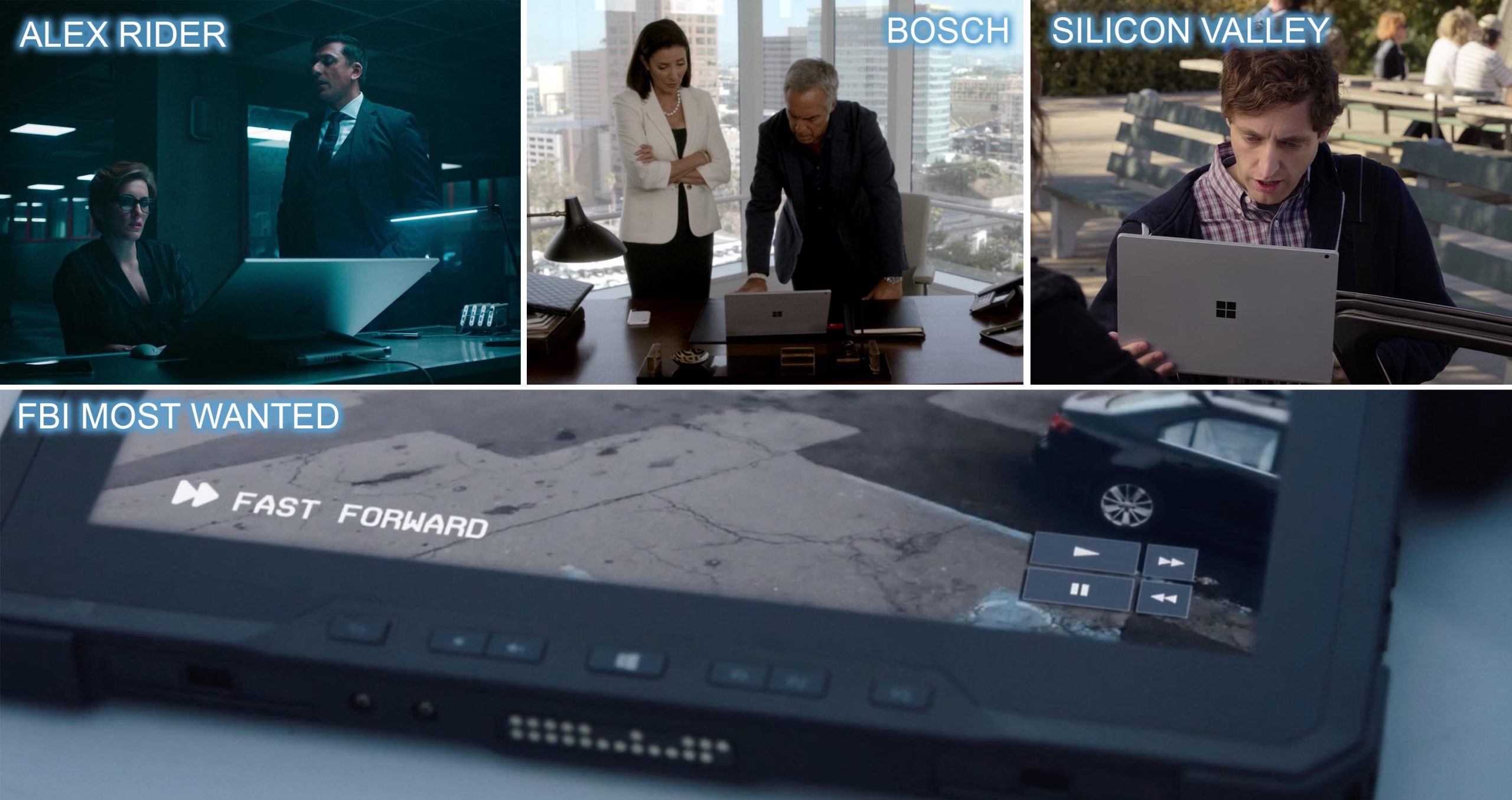 Samsung featured in LINE OF DUTY S6 almost exclusively in the form of TVs. These were used frequently in police briefing and interviews and, as such were often shown in close-ups. Samsung combined the third most screen time (10+ minutes) with the highest quality of exposure of any of these 10 brands.

Samsung is also a prevalent brand across TV and film. It has appeared in such shows as THE GOOD DOCTOR, HOUSE OF CARDS and VEEP, to name a few.

Samsung the 15th most visible brand in 2020 films. It could be seen in TENET, GREENLAND, BORAT 2 and many more movies.

With its monitors omnipresent across the AC-12 offices, Dell Technologies (Dell) was the most visible brand in the sixth season of LINE OF DUTY. It racked up a combined 30 minutes of screen time and benefitted from frequent close-ups in which its logo was clearly visible. Dell was also associated with many of the main cast, including Martin Compston (DI Arnott), Adrian Dunbard (Superintendant Hastings) and Shalom Brune-Franklin (DC Bishop). 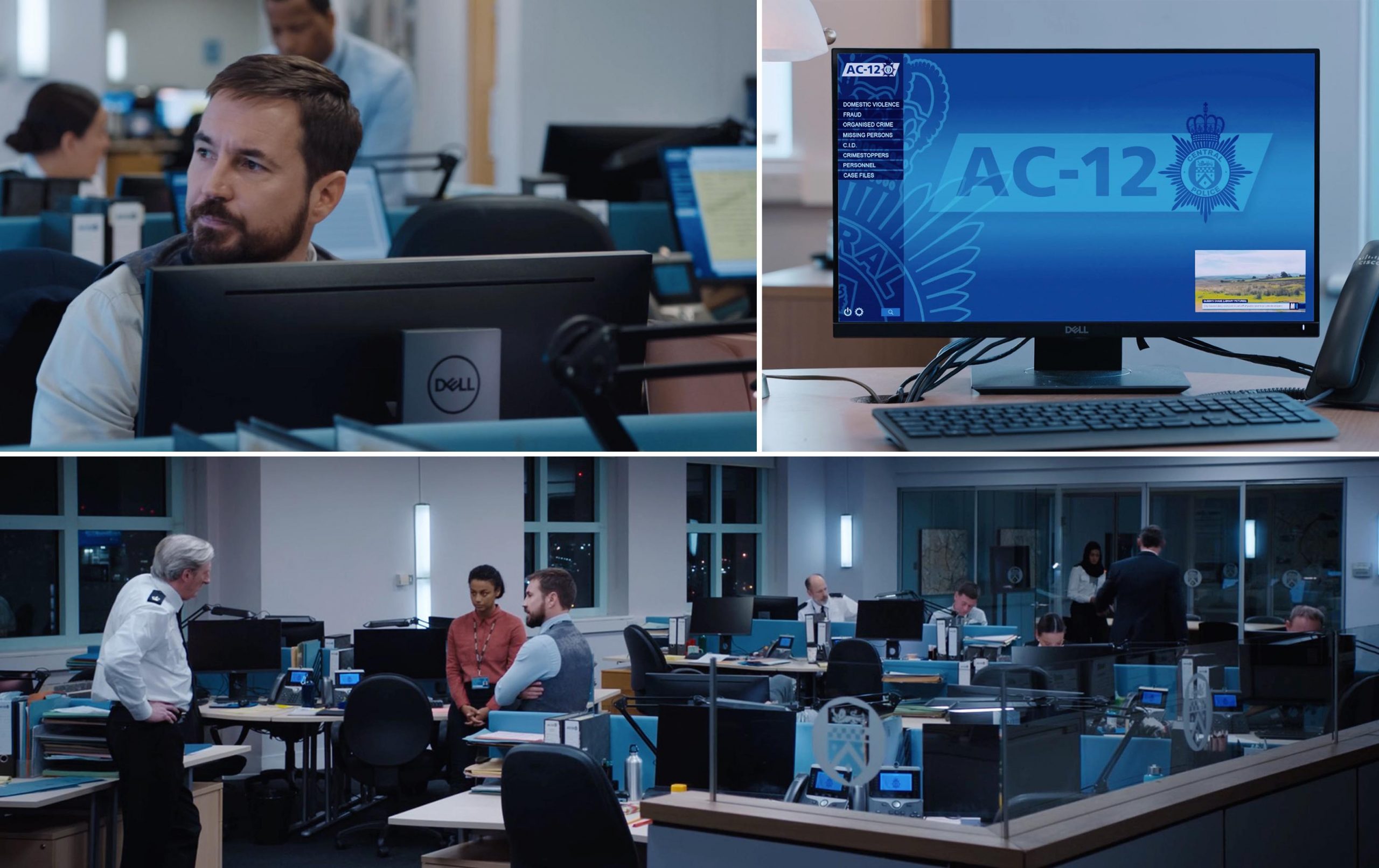 This integration associated Dell with professional use, police work and technology.

Dell is yet another product placement juggernaut. It has appeared in many TV shows, including NCIS, BILLIONS, FBI, KILLING EVE and OZARK.

It was also the third most visible brand in 2020 movies. Its products could be seen in SPENSER CONFIDENTIAL, THE WRONG MISSY, UNDERWATER, THE MIDNIGHT SKY and THE INVISIBLE MAN.