The long awaited, heavily promoted and controversial ANACONDA video has finally been released, and as we have become accustomed to with Nicki Minaj, it is full of Brands. 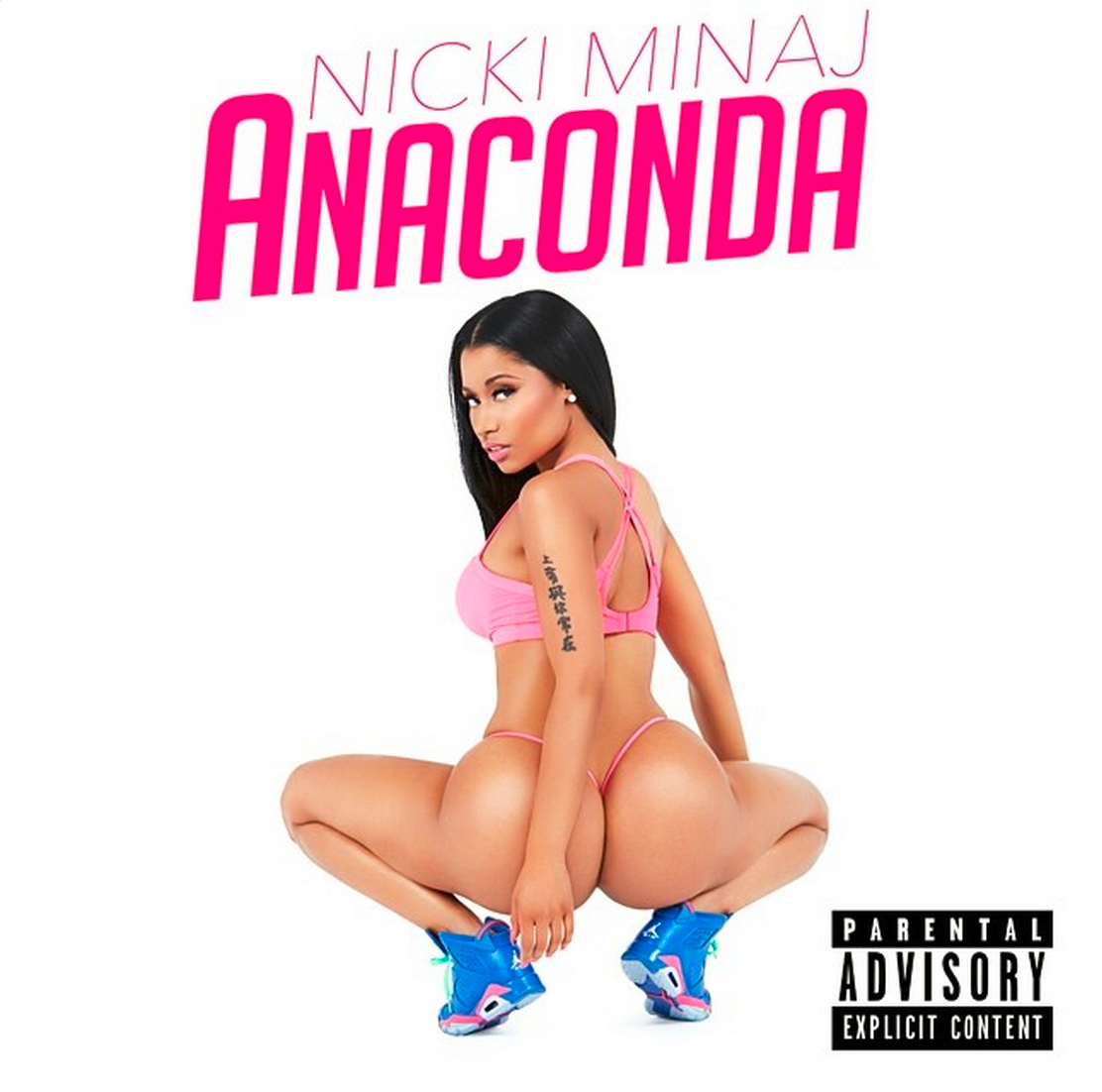 Following PILLS N POTION (2014), which featured a plethora of Brands, such G-Star RAW and Versace, ANACONDA features Brands ranging from Beats by Dre to the lesser known wellness supplement MateFit.

As one of the most visible Brands in music and a regular in Nicki Minaj’s videos, the close-up shots of the pink Beats by Dre Pill speaker are almost expected. The Pink Pill is shown in a jungle environment and is portrayed as tropical, cool and glamorous. However, it only gets 2 seconds of screen time and is not used in any way, nor is it associated with any individuals.

Despite Nicki Minaj being a Brand ambassador for Beats by Dre, having her own line of products with them and their products appearing in her last few videos, they have never been associated with her personally in one of her music videos. Instead, they appear in separate shots, much like we find here in ANACONDA.

Check out other appearances by the Beats Brand in entertainment on our Pinterest Board:

As was promised by the controversial cover to the single, the ANACONDA video featured Air Jordan’s 6 Retro “Game Royal”. Nicki Minaj and her dancers wear these, both in their dance sequence and while working out in the gym.

With 6 individuals wearing these sneakers in ANACONDA, including Drake, the Air Jordan Brand receives almost 3 and a half minutes of aggregated screen time, the most ever for the Brand. In comparison, 23 by Mike WiLL Made It (2013), a song dedicated to the Jordan Brand, only showed the Brand’s products for an aggregated screen time of under 1 and a half minutes. However, 23 featured many more close-ups of the shoes whilst they remain discreet and the logo is never clearly shown in ANACONDA .

Concave Brand Tracking data has shown that in the 1st half of 2014 the Air Jordan Brand has not been strongly associated with females or sports in music videos.

Indeed, in the 15 different weekly Hot 100 music videos that Air Jordan appeared in for the first half of 2014, the Brand was only worn by females 28% of the time. This compares to 32% for Adidas and 14% for Nike. With ANACONDA featuring Jordan shoes worn by Nicki along with her 4 backup dancers, it receives 3 minutes of aggregated screen time in which it is associated with females. This will definitely shift the gender association of the Brand at an overall level, especially with ANACONDA promising to be a Youtube hit. ANACONDA has already broken the record for most views in the first 24 hours of a video on Vevo.

In terms of sports, in only 3 of the 15 videos in which Air Jordan appeared in the 1st half of 2014 is it associated with sports. Indeed it is mostly shown as a cool, casual and fashionable footwear Brand. With ANACONDA showing Nicki and her dancers working out in their Jordans, this will reinforce the association between Air Jordan and sports as well as specifically working out and the gym.

Check out other appearances by the Air Jordan Brand in entertainment on our Pinterest Board:

The aformentionned cover had promised us the appearance of Air Jordan, but it turned out that Nicki Minaj’s few items of clothing also included another Branded product: a Victoria’s Secret sports bra. Indeed, the pink tank top she wore on the cover is reaveled to be an Angel by Victoria Secret sports bra.

Nicki Minaj wears the lingerie Brands’ sports bra, as well as a pair of their Pink sweatpants, whilst working out in a gym with small pink dumbells and showing off her famous curves. All of this strongly associates the Victoria’s Secret Brand with sports, working out, the gym and sexyness.

ANACONDA also features Nicki Minaj’s own Brand of moscato wine, Myx Fusions. The bottles receive 2 up close shots, much like Beats by Dre. Also, like the Beats Pill, they are shown in a jungle context and not associated directly with Nicki Minaj or any other individual. Hence, this portrayal shows Myx Fusions as tropical, cool and glamourous.

The Myx Brand also receives an extra 5 seconds of screen time as 2 of Nicki Minaj’s dancers play around in front of a giant Myx sign. This further associates Myx with glamor as well as with fun and sexyness.

Myx Fusions is a moscato wine Brand launched in 2013. Nicki Minaj co-founded the Brand and is its main Brand ambassador. 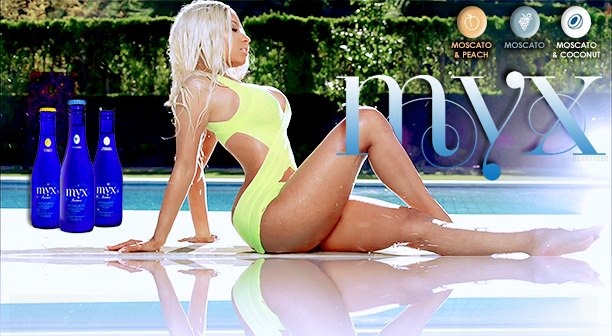 The Brand has previously been featured in Nicki Minaj’s HIGH SCHOOL (2013) and UP IN FLAMES (2012) videos as well as, most recently, in Trey Songz’s FOREIGN (2014) music video.

Check out other wine Brands appearing in entertainment on our Pinterest Board:

In the gym scene, a distinctive shaker bottle is seen in the background, then again next to Nicki Minaj as she sensually stretches. She finally takes a sip out of the bottle, which bares the MateFit name.

MateFit is a “Modern Herbal Tea-Infused Health & Wellness” Brand according to their website. This is their first appearance in a major music video as well as that of any supplement Brand.

The Brand sees itself directly associated with Nicki Minaj, working out, the gym and sexyness.

In the video’s final sequence, Nicki Minaj performs a lap dance for Drake and one can distinctively spot the red soles to her boots hence identifying them as Christian Louboutins. This association with sexyness and male attraction is perfectly in line with appearances by Louboutin footwear in Beyoncé’s PARTITION (2014) (see article on that video here), Iggy Azalea’s WORK (2013) or ADRENALINA  featuring Jennifer Lopez (2014). In all three of these examples, Beyoncé, Iggy Azalea and Jennifer Lopez are the individuals seen wearing the Louboutin Brand.

Check out all the Brands that have appeared in all Nicki Minaj music videos on our Pinterest board: