Throughout season 4 of Showtime’s RAY DONOVAN, Concave Brand Tracking recorded every Branded product that appeared and was mentioned. With this data we constructed an infographic showing some high-level findings. These include the top 10 most visible Brands, the most common Branded products and the top 5 Brands by character. In this article, we take a closer look at the findings highlighted in the infographic.

In this article, we take a closer look at the findings highlighted in the infographic. 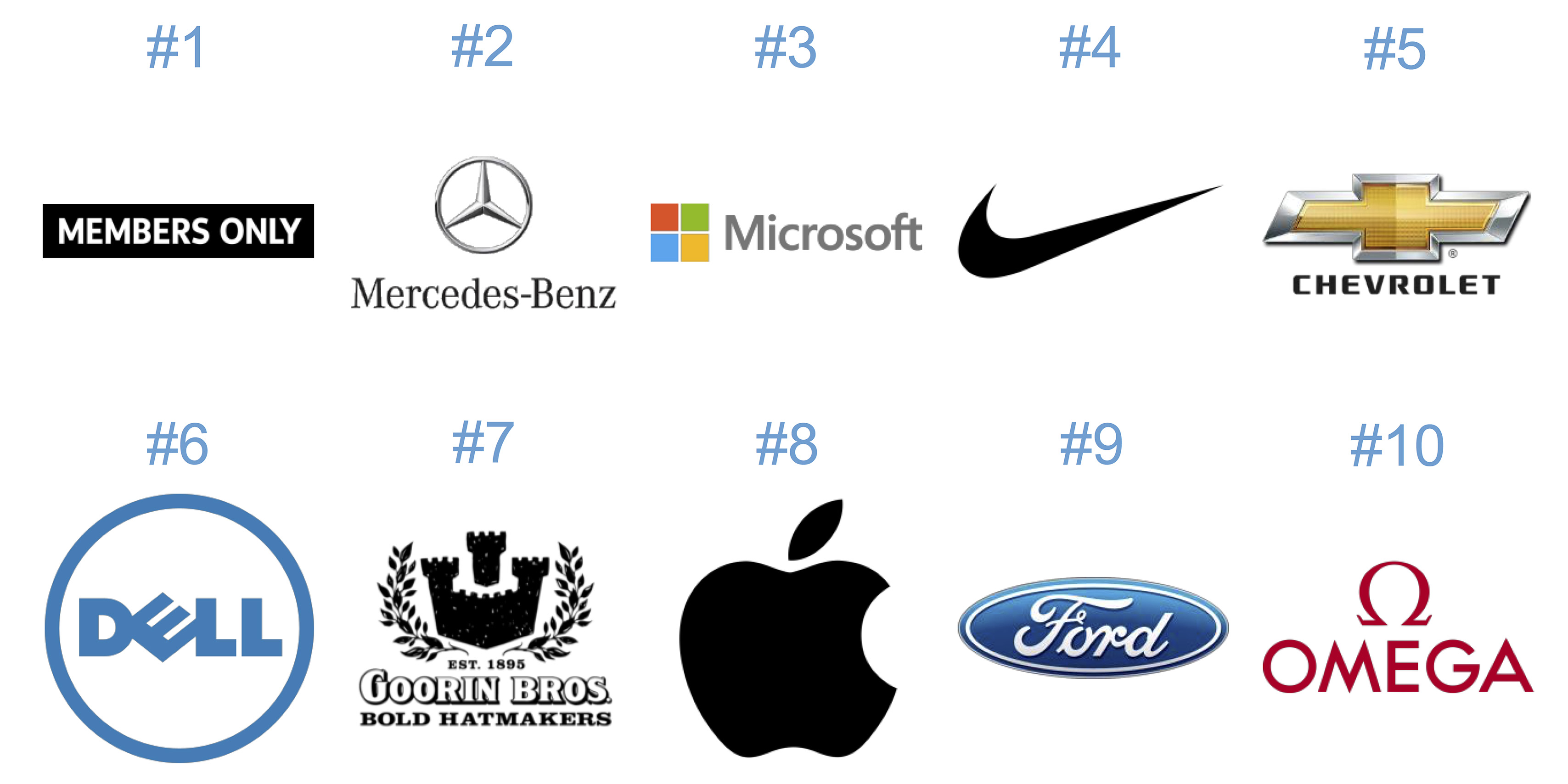 The most visible Brand in season 4 of RAY DONOVAN was Members Only. This is due entirely to Jon Voight (as Mickey Donovan) wearing one of their jackets throughout the season. The Brand got over 1 hour and 20 minutes of screen time and was mentioned by name in episode 11.

Other clothing Brands in this top 10 include Nike and Goorin Brothers. Various Nike products were worn by an array characters while a Goorin Brothers hat was often worn by Eddie Marsan (as Terry Donovan).

Microsoft, Dell and Apple are also among the top 10 Brands through their product placements in the form of computer, tablets and phones.

Finally, car Brands Mercedes, Chevrolet and Ford round off the top 10 most visibl Brands in season 4 of RAY DONOVAN. Mercedes-Benz is most notably Liev Schreiber’s (as Ray Donovan) main vehicle. A Chevrolet van is used at length by Liev Schreiber and Jon Voight in a particular episode. Dash Mihok (as Bunchy Donovan) drives a Chevrolet Tahoe throughout the season. Ford appear mostly in the form of police Crown Victoria cruisers.

types of products by % of total visibility 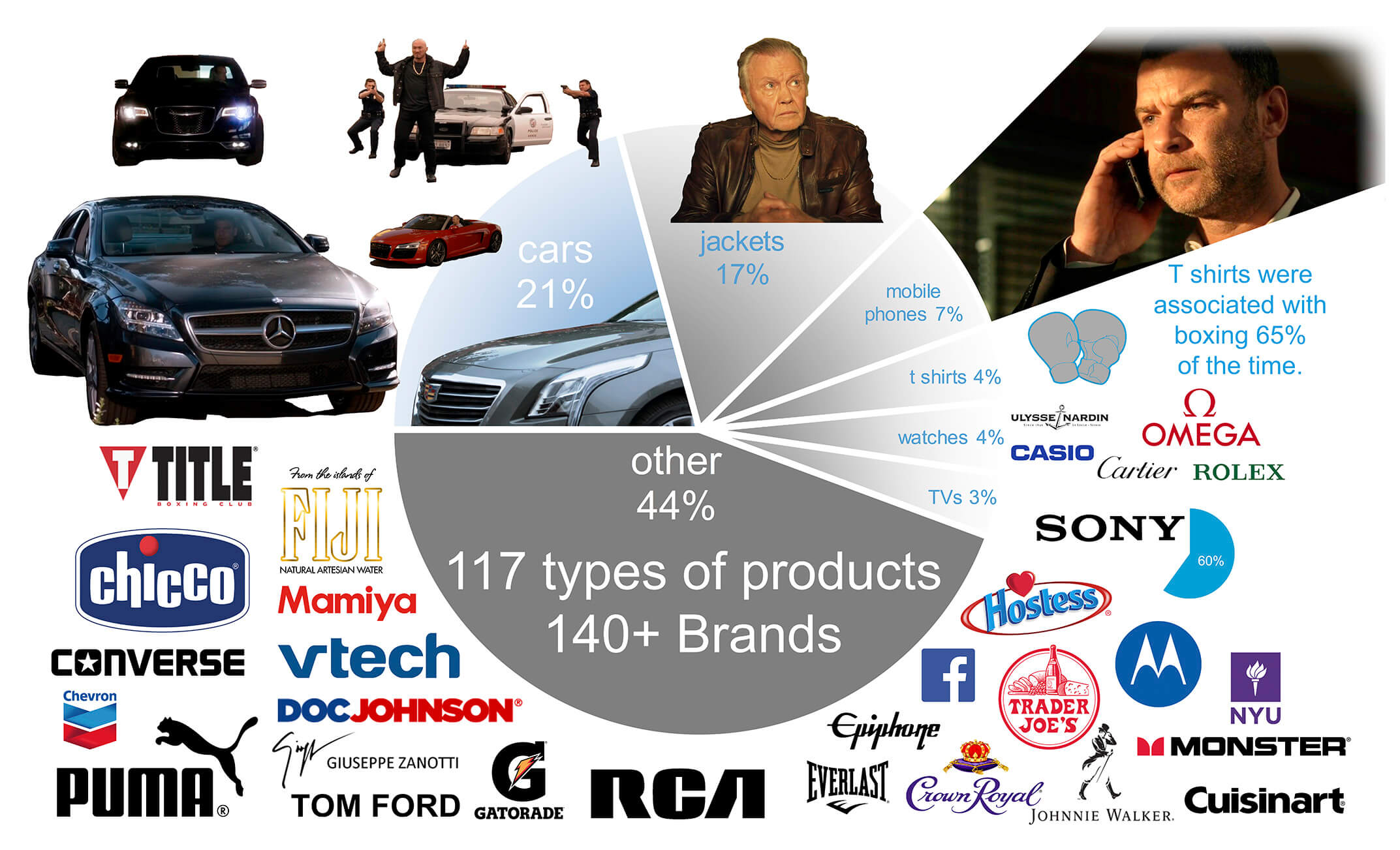 The most visible type of products in season 4 of RAY DONOVAN was cars. This included product placement by Mercedes-Benz, Audi, Chrysler, Chevrolet, Jeep and Maybach.

The 2nd most visible type of product was jackets, most due to Jon Voight’s Members Only jacket.

Mobile phones represented 7% of all Branded products in season 4. The mobile Brands in RAY DONOVAN have been very volatile throughout the show’s run. In season 1, almost all characters used Samsung phones, clearly a case of product placement. In season 2 Samsung disappeared and most characters switched to Apple phones. In season 3 some characters started using Microsoft phones while some stuck to Apple. In season 4 however, Microsoft was the clear product placement partner with the show. Almost all characters used its handsets. The exceptions were Ray and Mickey. Ray still used an iPhone while Mick used Coolpad phone.

T shirts were the 3rd most common product. 63% of the time they were worn in the context of sports and boxing.

Watches were the 5th most common product followed by TVs.

There were also an additional 117 other products in this latest season of RAY DONOVAN. These were made up of over 140 Brands ranging from Doc Johnson sex toys to Trader Joe’s food.

Ray Donovan wears an Omega watch, Randolph Engineering sunglasses, drives a Mercedes-Benz car and uses an iPhone throughout all of season 4. He also drives a Chevrolet van throughout episode 5. 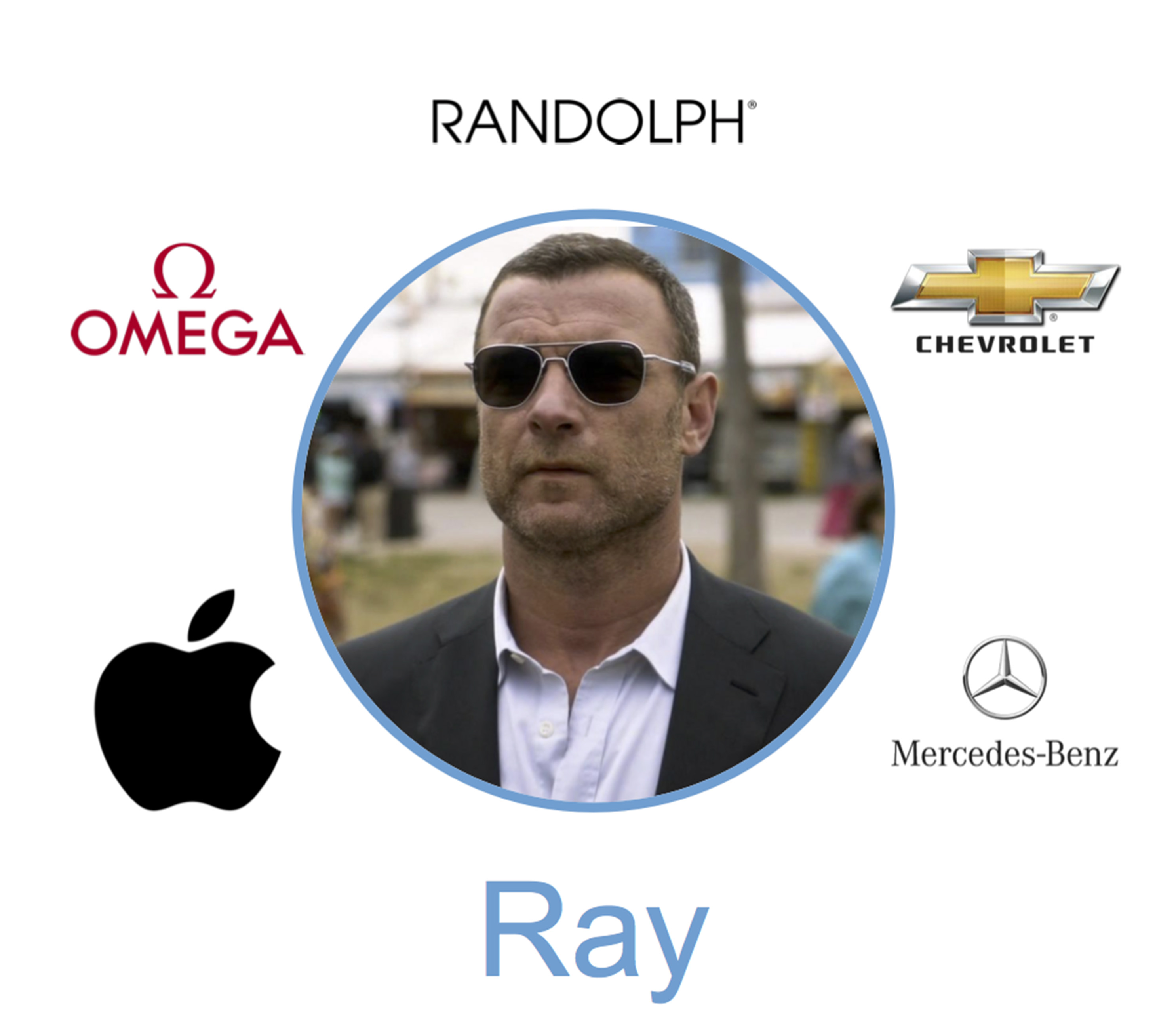 Hector Campos wears Nike, Air Jordan and Adidas clothing and shoes throughout the season both casually and while training. He sometimes wears Fairtex gloves and uses a Microsoft phone. 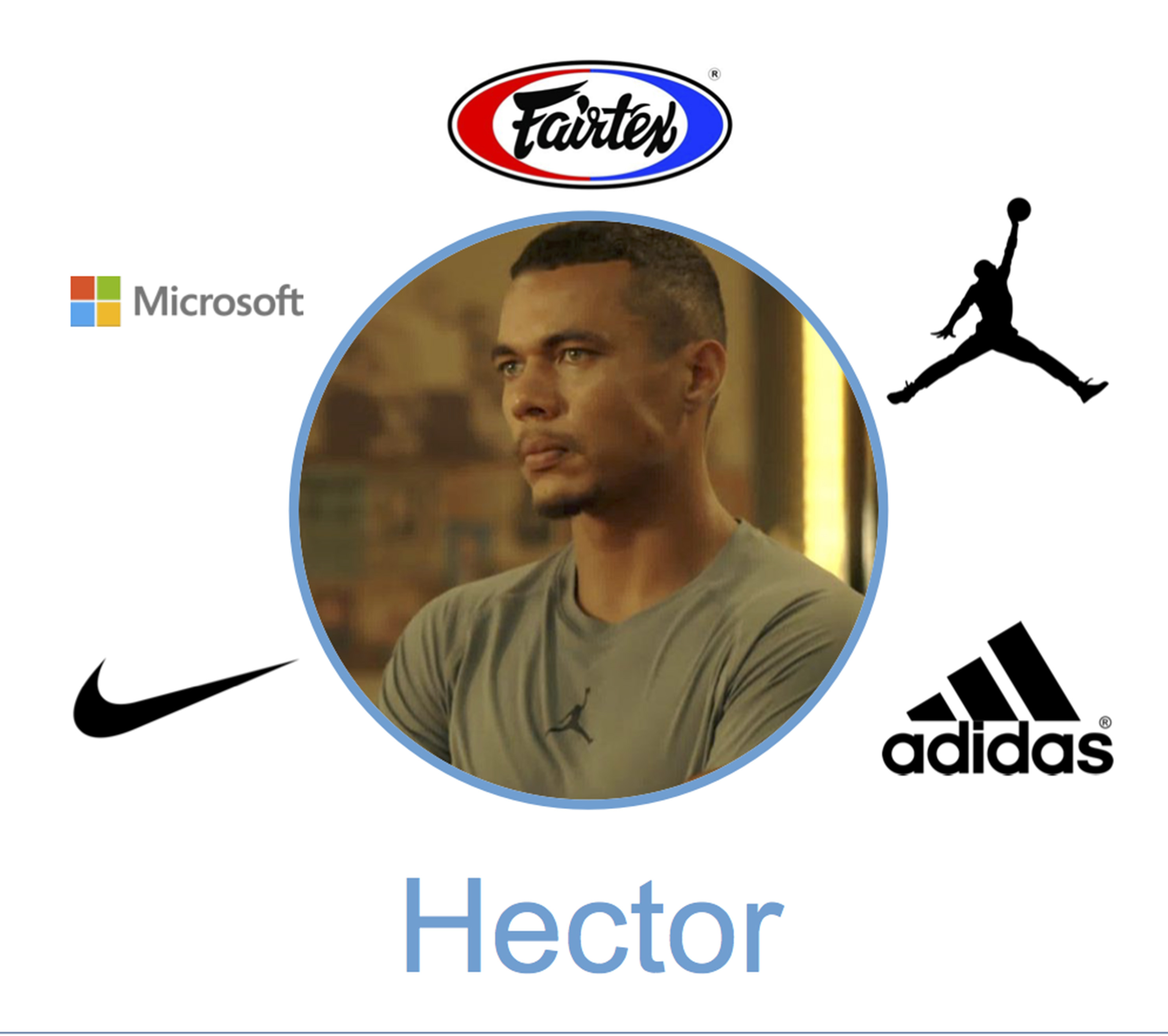 Avi wears a Ulysse Nardin watch and uses a Microsoft phone throughout the season. He is often seen using a Microsoft tablet and Dell computer in the office. He is also seen carrying Bankers Box boxes and drinking Coca-Cola. 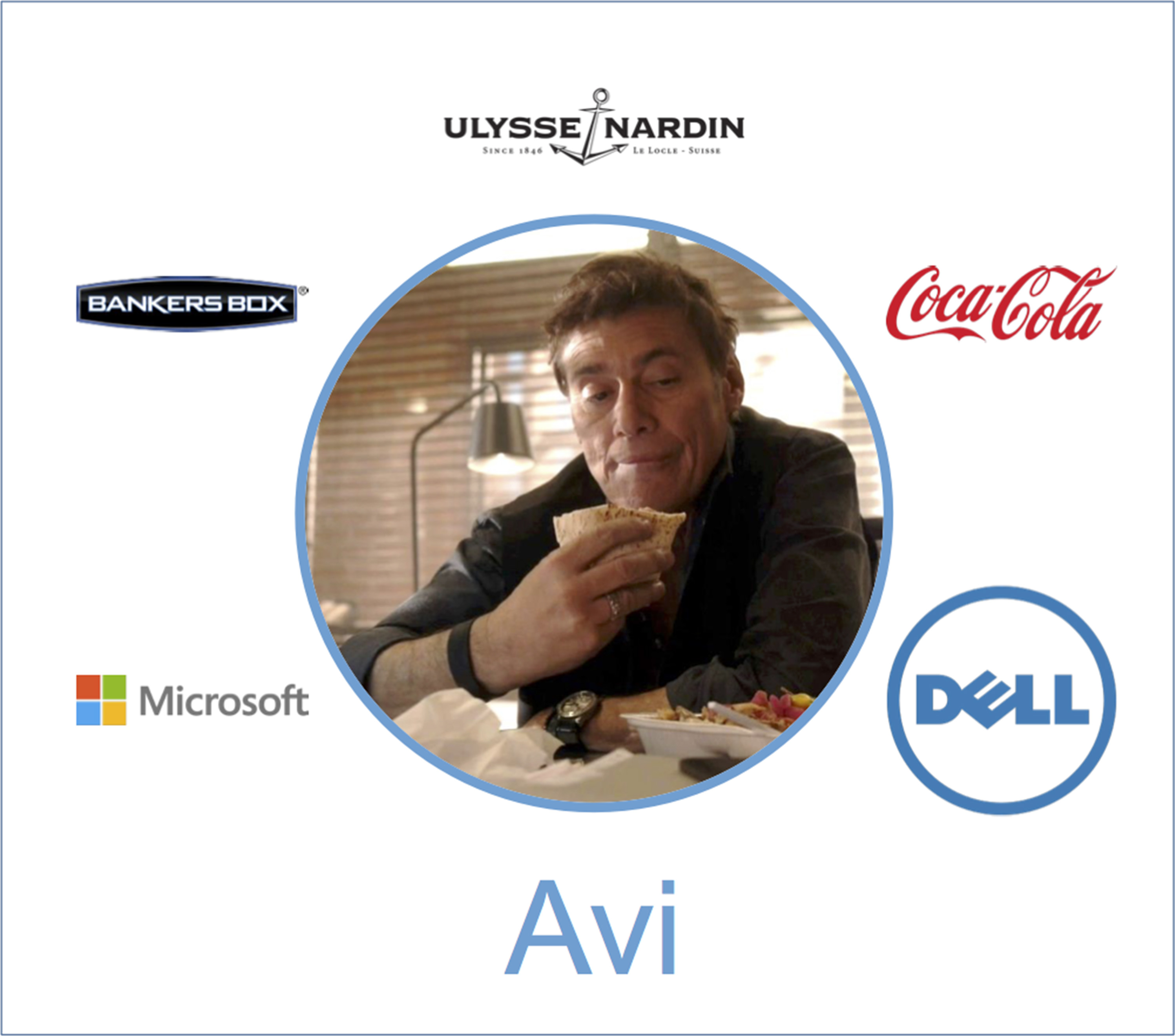 Daryll wears Nike and PONY clothing, often when training. He is also seen wearing Beats by Dre headphones in the gym. He uses a Microsoft phone and, in episode 7, drives a Cadillac Escalade. 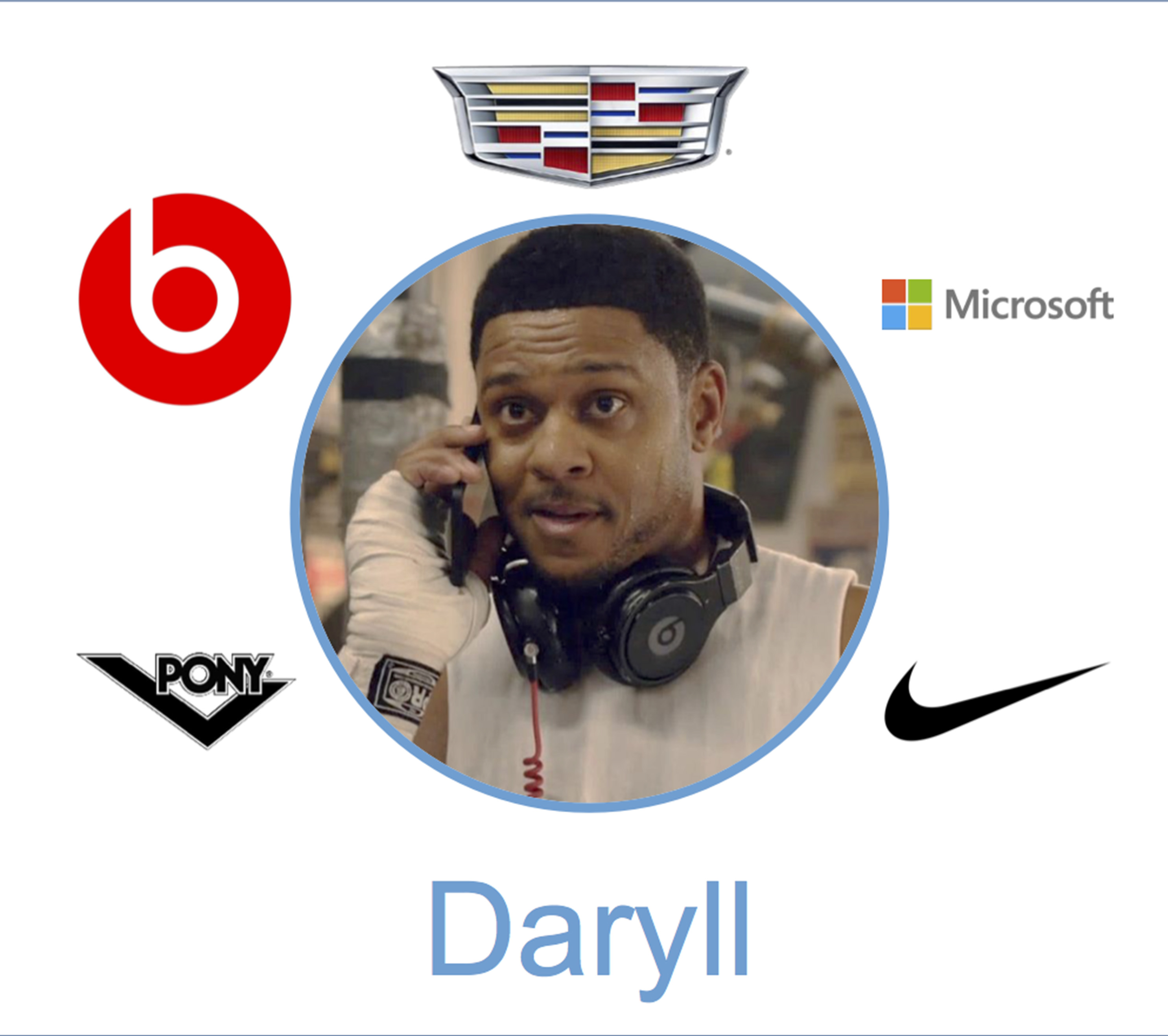 Lena uses a Microsoft phone and tablet, drives a Jeep, works on a Dell computer and wears Ray-Ban sunglasses throughout the season. She also drives a Cadillac in episode 9 when impersonating Sonia. 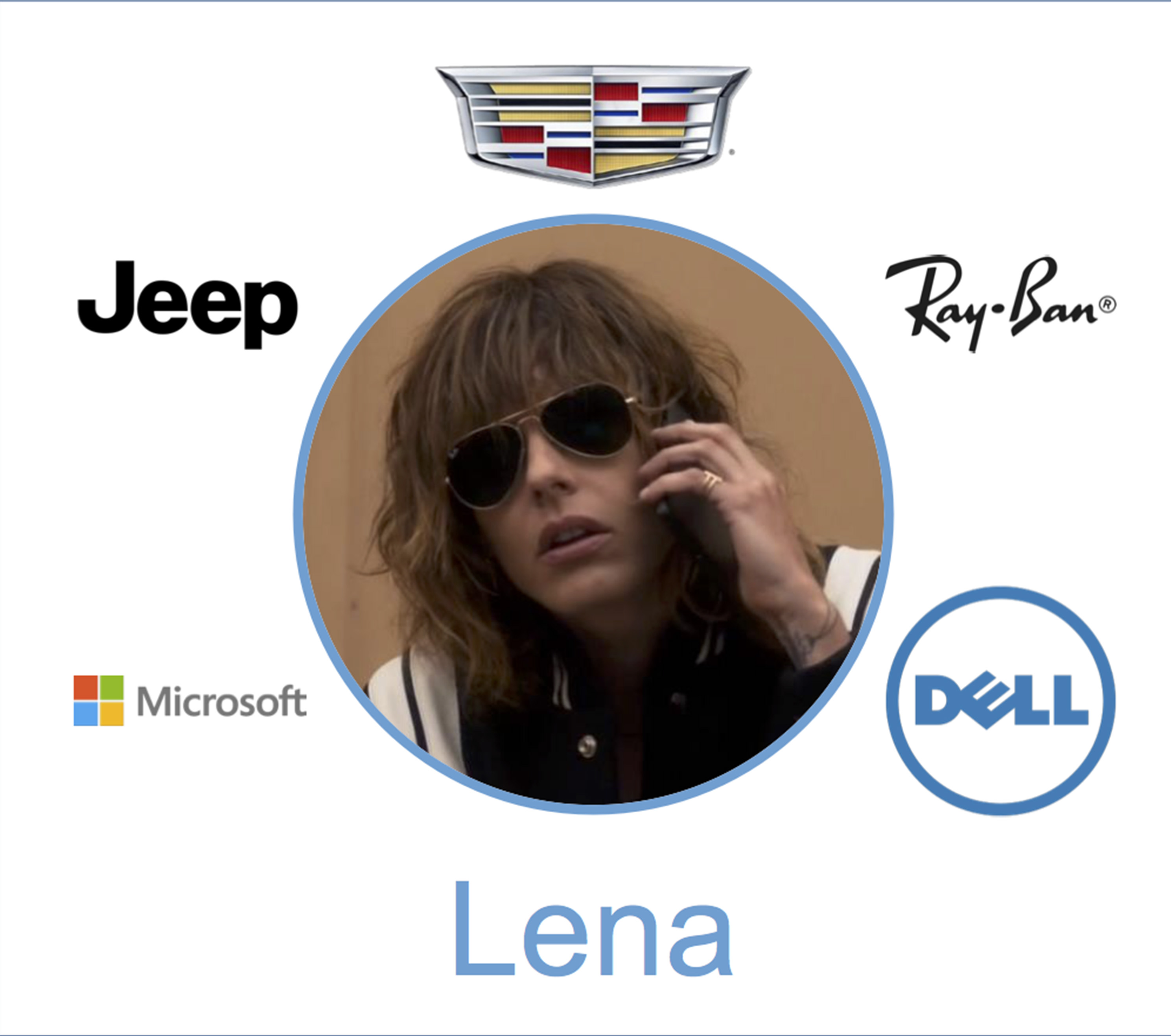 Mickey Donovan wears a Members Only jacket and uses a Coolpad phone throughout the season. He uses Yukon Advances Optics night vision goggles for his casino heist. He is seen riding a Greyhound bus when leaving town and drives various Chevrolet vehicles. 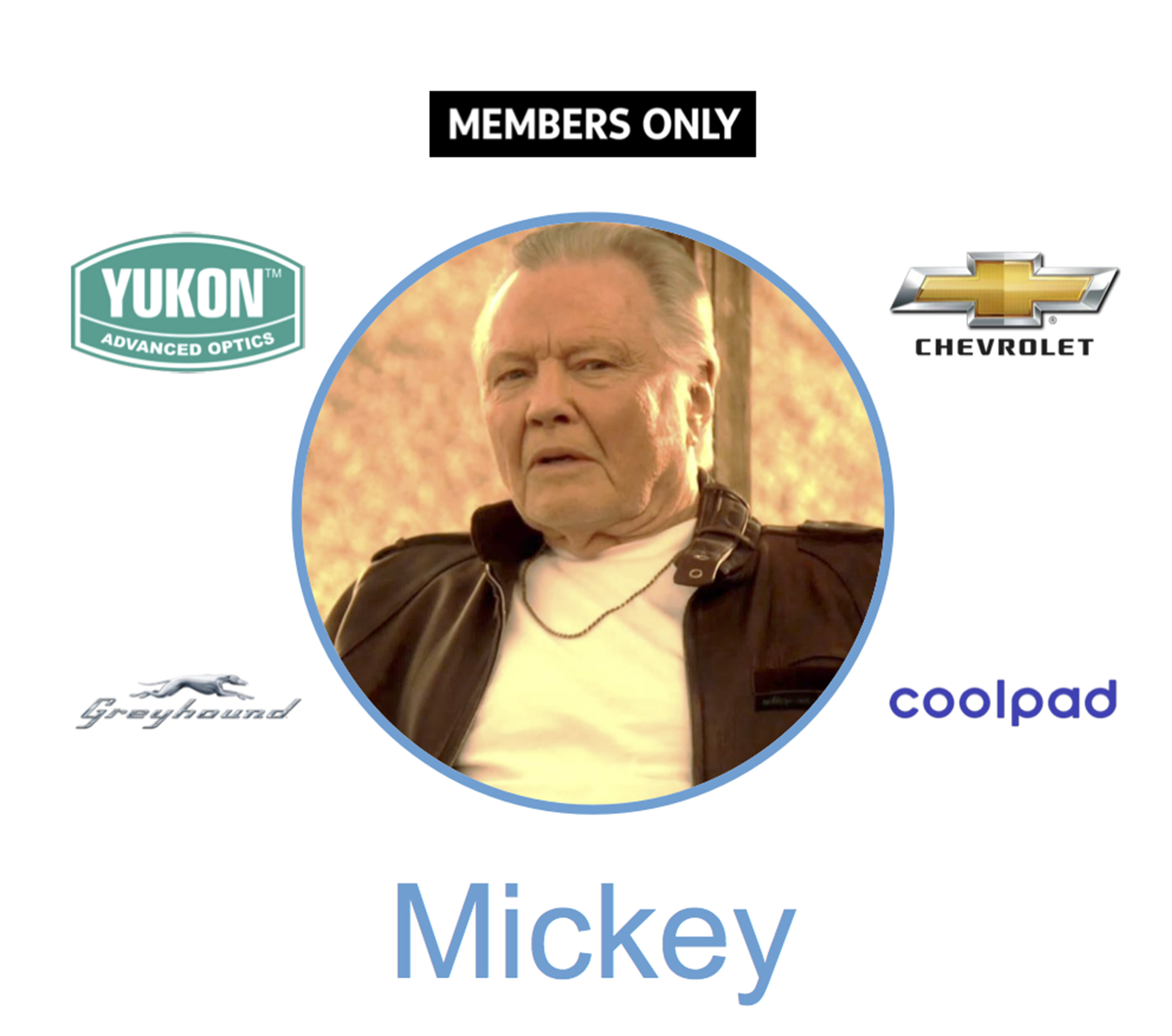 Abby Donovan drives a Mercedes-Benz car, uses a Microsoft phone and carries a Chloé bag. She is often seen watching the family’s Sony TV at home and in episode 8 she wears Pro Ears ear muffs at the shooting range. 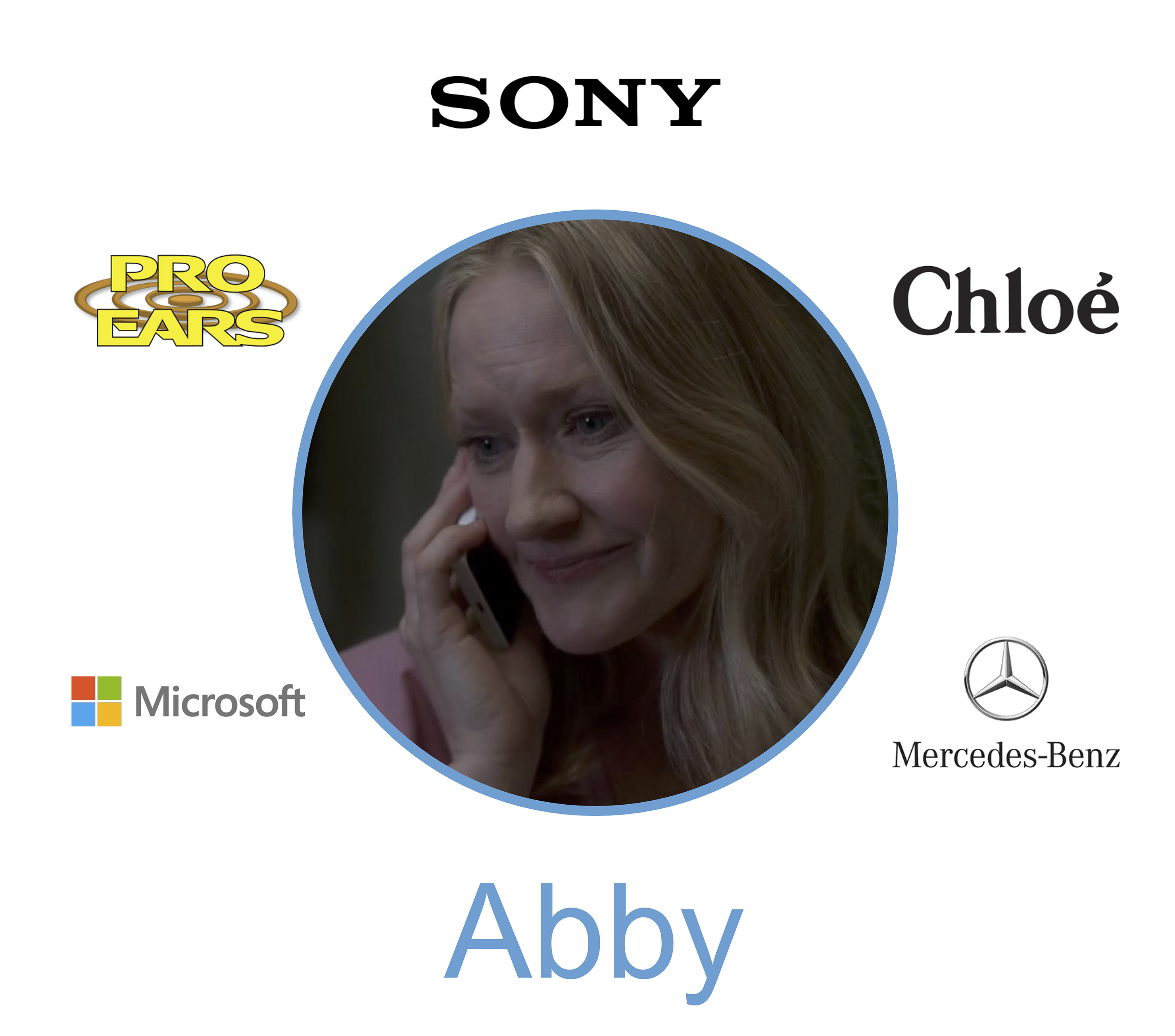 Sonia wears Tom Ford glasses, drives a Cadillac and uses both a Microsoft phone and an Apple iPhone. She is also seen boarding a Cessna private jet. 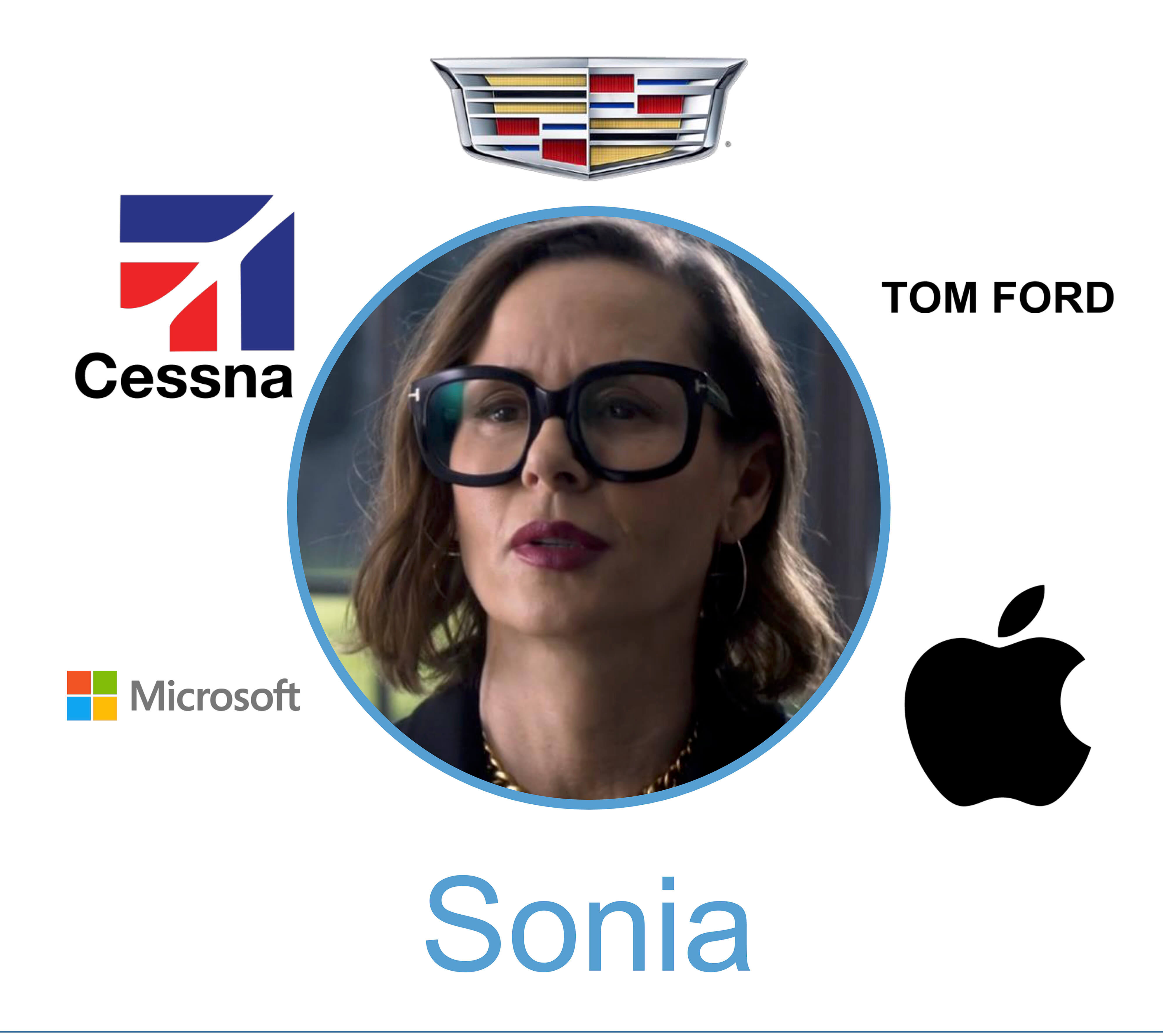 Dmitri uses a Microsoft phone and rides in both Mercedes-Benz vehicles and a Maybach. He is seen drinking Ketel One vodka in multiple episodes and drinks Don Julio tequila with Ray in episode 11. 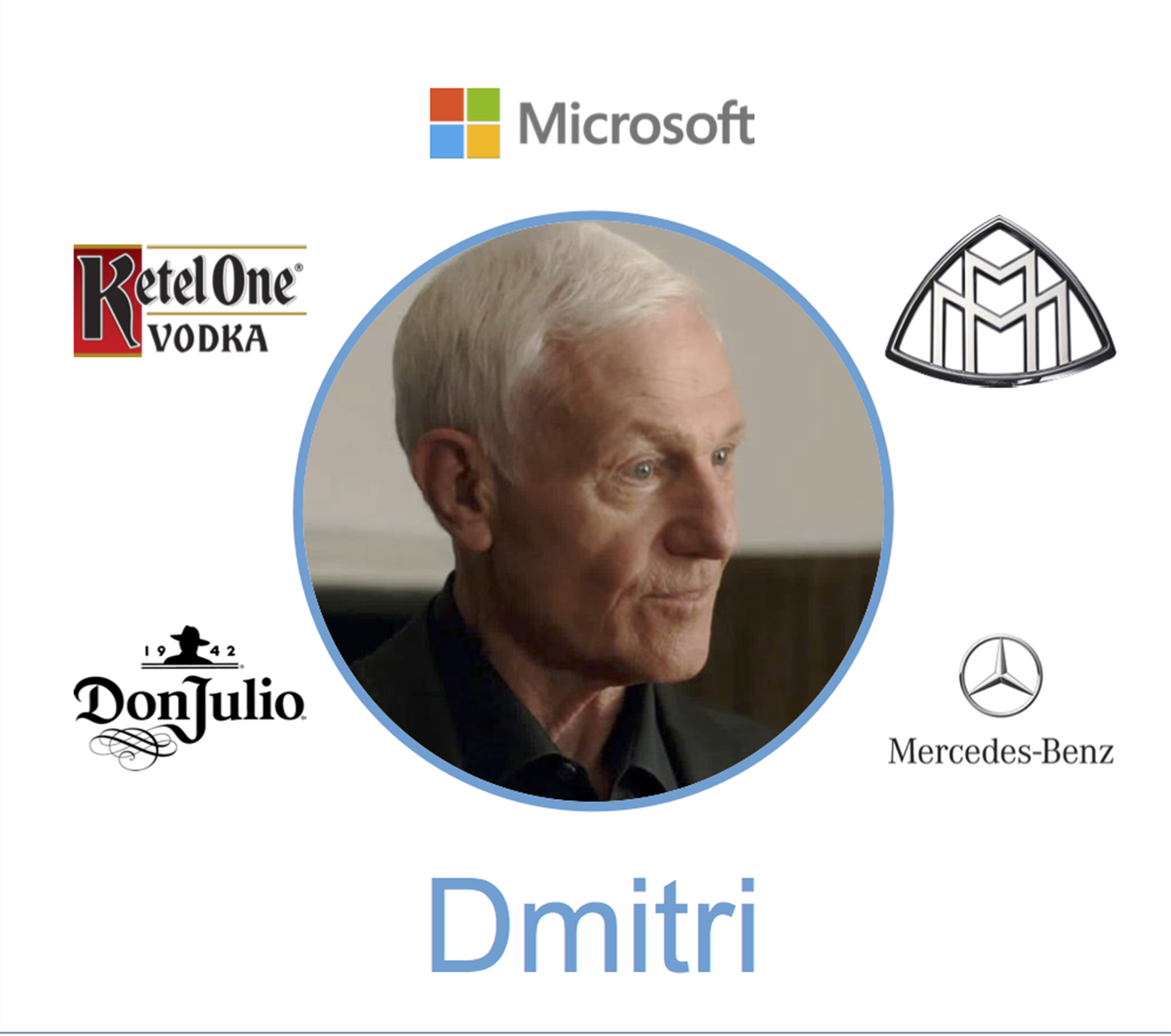