Concave Brand Tracking combed through the nine 2019 movies that were nominated for Best Picture for the 2020 Oscars, recording every single recognizable branded product.

The resulting data set featured over 350 brands in the form of 135 different types of products. Between them, these brands received over 166 million dollars in product placement advertising value across the nine movies nominated for the Best Picture for the 92nd Academy Awards.

These valuations are based on how many brands appeared in the movies, how visible they were, whether or not their logos were visible, how long they were on screen and the total audience of nearly 500 million global viewers for the movies selected by the Oscars.

You can also check out our video for this article here:

In this article, we shall break down this total valuation both by movie and then by brand. This will show which movies provided brands with the most product placement advertising value as well as which brands received the most exposure. 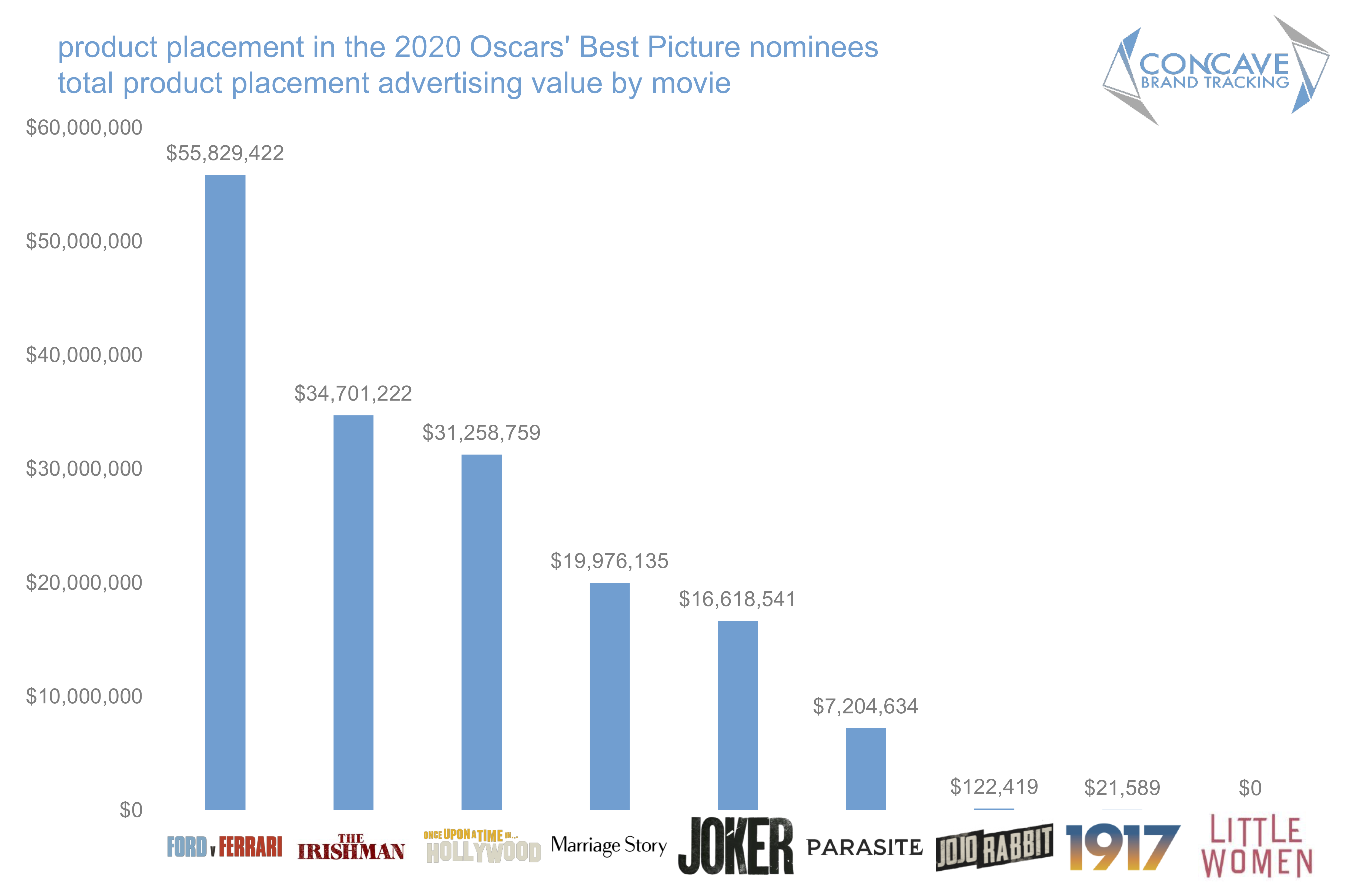 FORD VS. FERRARI generated nearly 56 million dollars in advertising value for the brands that appeared in the movie, far more than any other movie nominated for Best Picture at 2020 Oscars. THE IRISHMAN and ONCE UPON A TIME IN HOLLYWOOD followed with 35 and 31 million dollars in brand exposure, respectively. MARRIAGE STORY provided brands with just under 20 million dollars in value and JOKER just over 16.5 million. PARASITE has 7.2 million dollars worth of product placement.

JOJO RABBIT and 1917 barely had any brands in them while LITTLE WOMEN had none. As such, they have been excluded from the next chart. 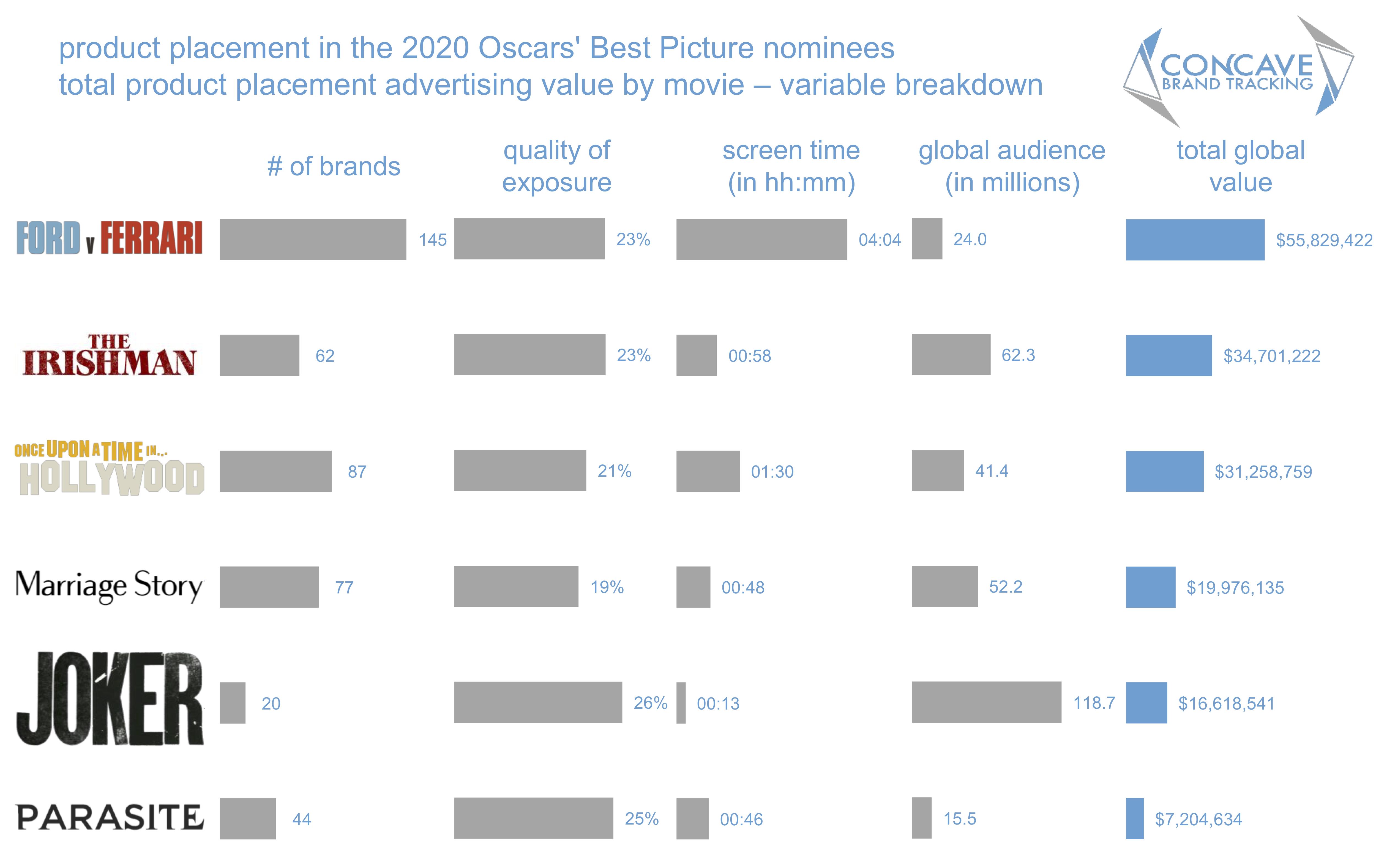 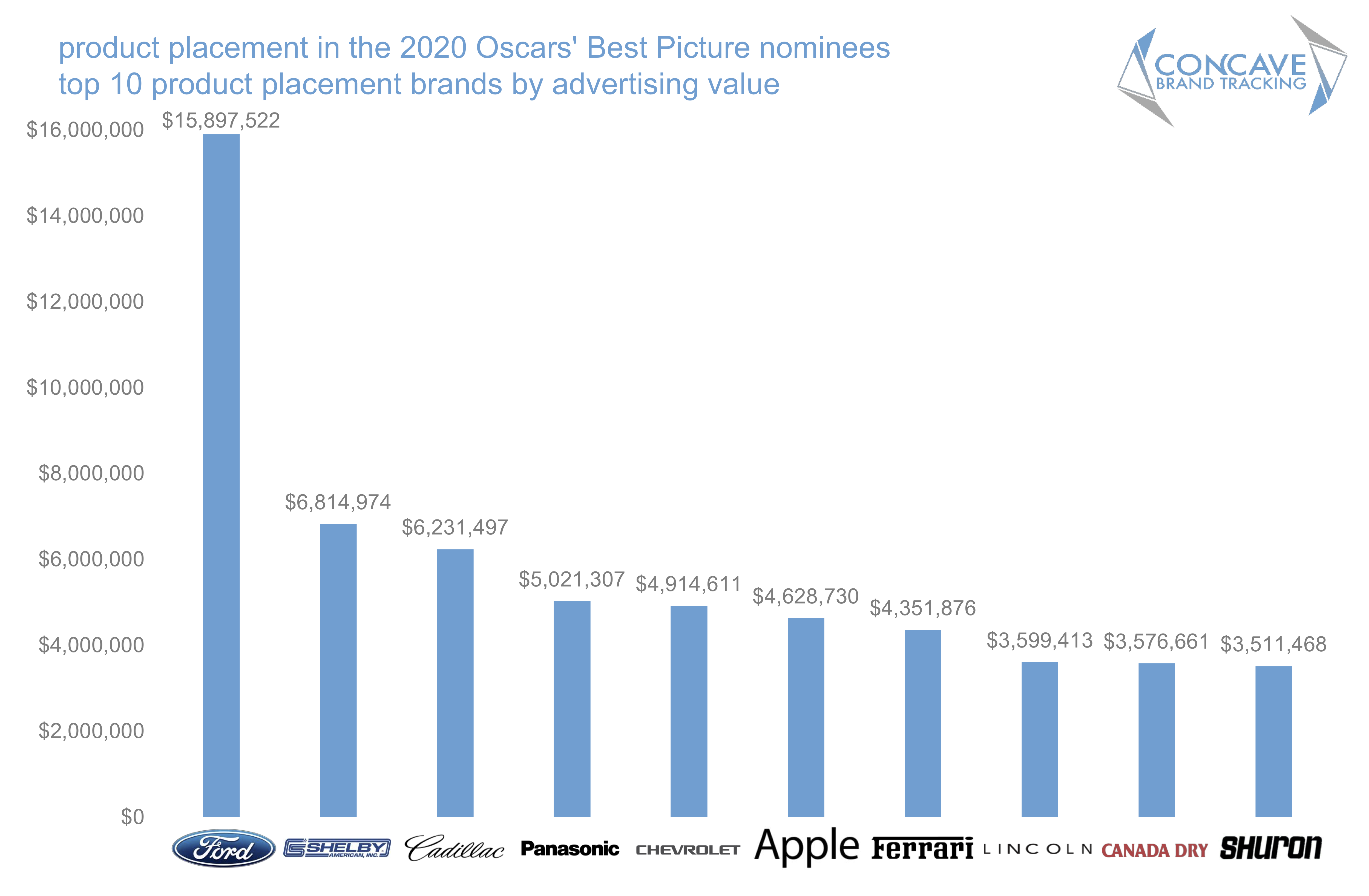 Ford received nearly 16 million dollars in product placement advertising value across the movies nominated for Best Picture at the 2020 Oscars. This is more than double any other brand. There were five other car brands in this top 10: Shelby American with 6.8 million dollars exposure, Cadillac with 6.2, Chevrolet with 4.9, Ferrari with 4.4 and Lincoln with 4. Panasonic had five million dollars in total value, Apple 4.6, Canada Dry 3.6 and Shuron 3.5. 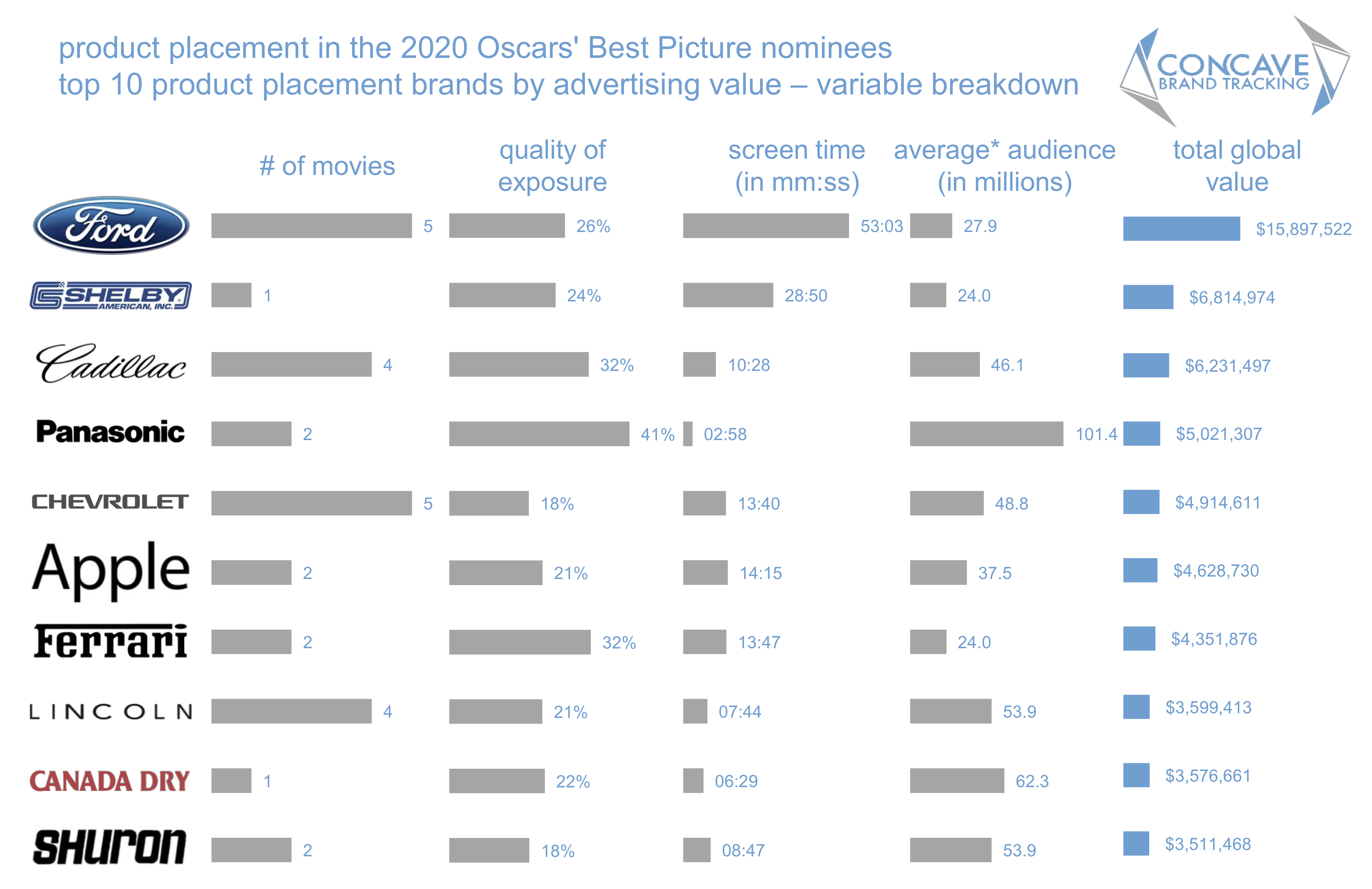 Ford had the second-lowest viewership but was in the most movies along with Chevrolet and had, by far, the most screen time. Shelby America only appeared in FORD V FERRARI and CANADA DRY only appeared in THE IRISHMAN. Cadillac did not have a lot of screen time – despite appearing in four movies but tied with Ferrari for the 2nd highest quality of exposure. Apple was near the middle of this top 10, with moderate quality of exposure, screen time and audience. Lincoln and Shuron tied for the 3rd biggest average audience.

* The audience average is weighted by the amount of visibility the brands had in any given movie.