The music video for BITCHES N MARIJUANA – the latest collaboration between Chris Brown and Tyga – had has just been released and, as we have become accustomed with both artists, it is filled with Brands.


https://www.youtube.com/watch?v=YS-kZVTc1Vc
Over 20 Brands appear, from the product placements which get many intimate shots, to the caps worn by extras in the crowd. However there is a clear distinction which emerges between the Brands that are there organically and those that are present through product placement.

The organic Brands are those worn by the artists and, despite getting plenty of screen time, get not special attention.

Check out our full article on how to spot Brands which are not present through product placement.

On the other hand, 3 Brands are specifically shown which numerous close-up shots and are clear cases of product placement. While the term “product placement” is often thought to mean mean that money changes hand, this is not necessarily the case. All it means is that the Brands in question were proactive in getting their products into the music video as oppose to the artist naturally choosing to wear a particular Brand. Incentives such as free merchandise, production support and sometimes even cash might be provided, but this varies on case by case basis.

For those not familiar, Caviar Gold is a commercial Brand of marijuana. It features in BITCHES N MARIJUANA in the form of glass jars filled with marijuana. The presence of such a brand is very appropriate given the title of the song.

Caviar Gold is presented on a VIP table in the club where most of the video takes place. This portrays the Brand a luxurious and associates it very much with going out and partying. It is also shown alongside Kandypens vaporizers and Luc Belaire sparkling wine.

It is worth noting that Caviar Gold is not directly associated with anyone in the music videos, neither the artists nor the extras.

Caviar Gold gets over 10 seconds of screen time in BITCHES N MARIJUANA with its logo always clearly visible. As a result, it is the most visible of the 3 product placement Brands.

This marks the first time a weed Brand has appeared in a major music video and is a testament to the product becoming more and more mainstream.

Along with jars of Caviar Gold and bottles of Luc Belaire sparkling wine we find Kandypens vaporizers.

As well as appearing discreetly on the table in the club, Kandypens vaporizers are shown being smoked by unidentified young females in obvious shots meant specifically to show the Brand. Hence, as well being associated with luxury and clubbing, much like Caviar Gold, Kandypens is associated with the young female demographic.

While this is the first time vaporizer have appeared in a major music video, it follows a trend of electric smoking Brands using product placement as a form of marketing.

BITCHES N MARIJUANA is the first appearance by Caviar Gold and Kandypens in a major music video. However, for Luc Belaire sparkling wine it is just one more in string of high profile music video appearances.

In BITCHES N MARIJUANA Luc Belaire has 12 seconds of screen time alongside Caviar Gold and Kandypens. It is associated with luxury and clubbing.

Luc Belaire entered mainstream entertainment via its Brand ambassador Rick Ross who featured the bottles in his own videos as well as those he was affiliated to.

Rick Ross featured Luc Belaire in his 2014 videos ELVIS PRESLEY BOULEVARD, NOBODY and SUPREME music videos as well as, most recently, in PHONE TAP (2015).

Furthermore, Luc Belaire appeared in the videos for BUGATTI by Ace Hood (2013) and NEW FLAME by Chris Brown (2014). Rick Ross featured in both songs and videos.

As Luc Belaire seemingly achieved commercial success in 2014 it has expanded its product placement strategy beyond Rick Ross related videos.

Most recently the sparkling wine Brand appeared in Mariah Carey’s INFINITY (2015) and DJ Khaled’s HOW MANY TIMES (2015) music video.

Finally, we find Luc Belaire in BITCHES MARIJUANA following its appearance, not only in NEW FLAME by Chris Brown (2014) but also his 2015 collaboration with Deorro: FIVE MORE HOURS.

As well as the 3 Brands above, which appeared due to product placement, a number of other Brands featured in the BITCHES N MARIJUANA music video.

As in most videos he appears in, Tyga wears an array of Last Kings accessories. He wears a couple of Last Kings caps and a pair of Last Kings sunglasses. He also wears a pair of custom Timberland boots, a pair of Nike sneakers and a Seattle Supersonic cap. 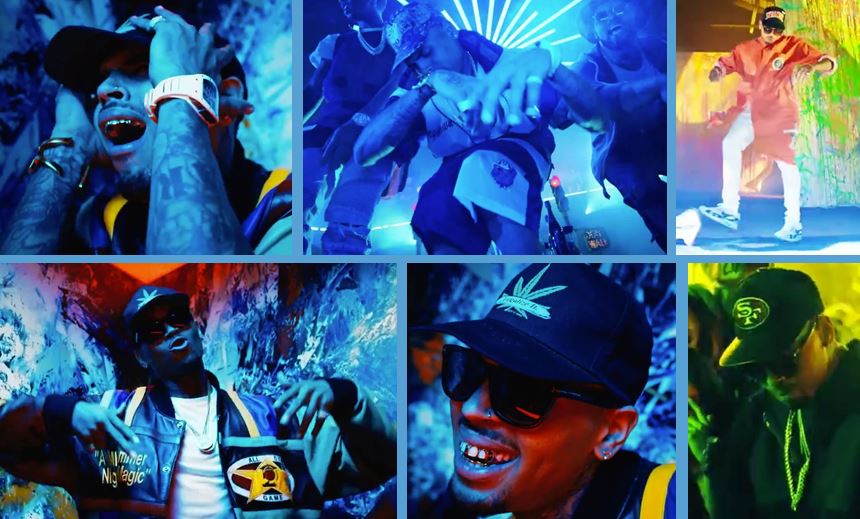 Finally, in the opening sequence, Tyga calls Chris Brown on an iPhone and Chris Brown picks up on his Samsung phone. 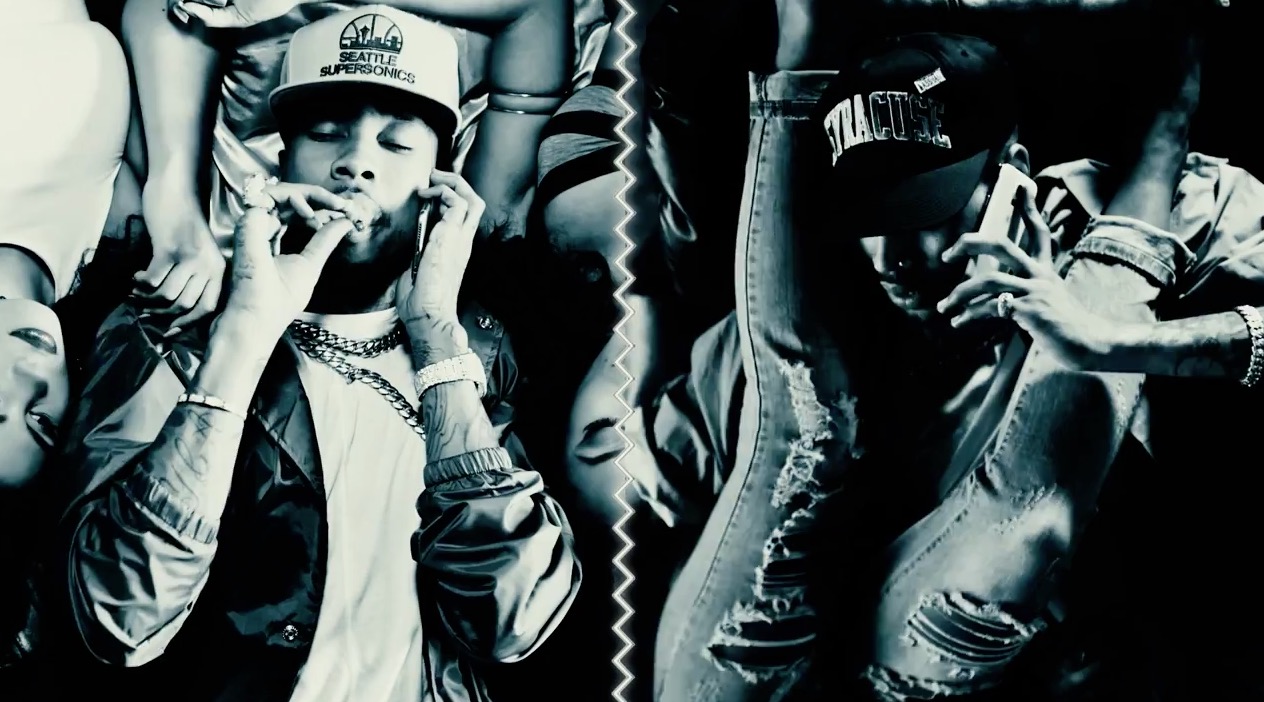