top 10 brands in HOUSE OF CARDS

During its 6-season run, HOUSE OF CARDS featured nearly 400 different brands. As the show comes to an end, Concave Brand Tracking takes a look at its general product placement headlines as well as the 10 most visible brands throughout the entire series.

• HOUSE OF CARDS is often cited as an example of a show filled with product placement. However, once we factor in the lengths of the episodes, we see that while it had more than fellow Netflix Original show DAREDEVIL or the Showtime show BILLIONS, it had less than HBO’s RAY DONOVAN, Netflix’s LUKE CAGE and Amazon’s BOSCH. It also had far less than half the amount of product placement in HBO’s SILICON VALLEY. 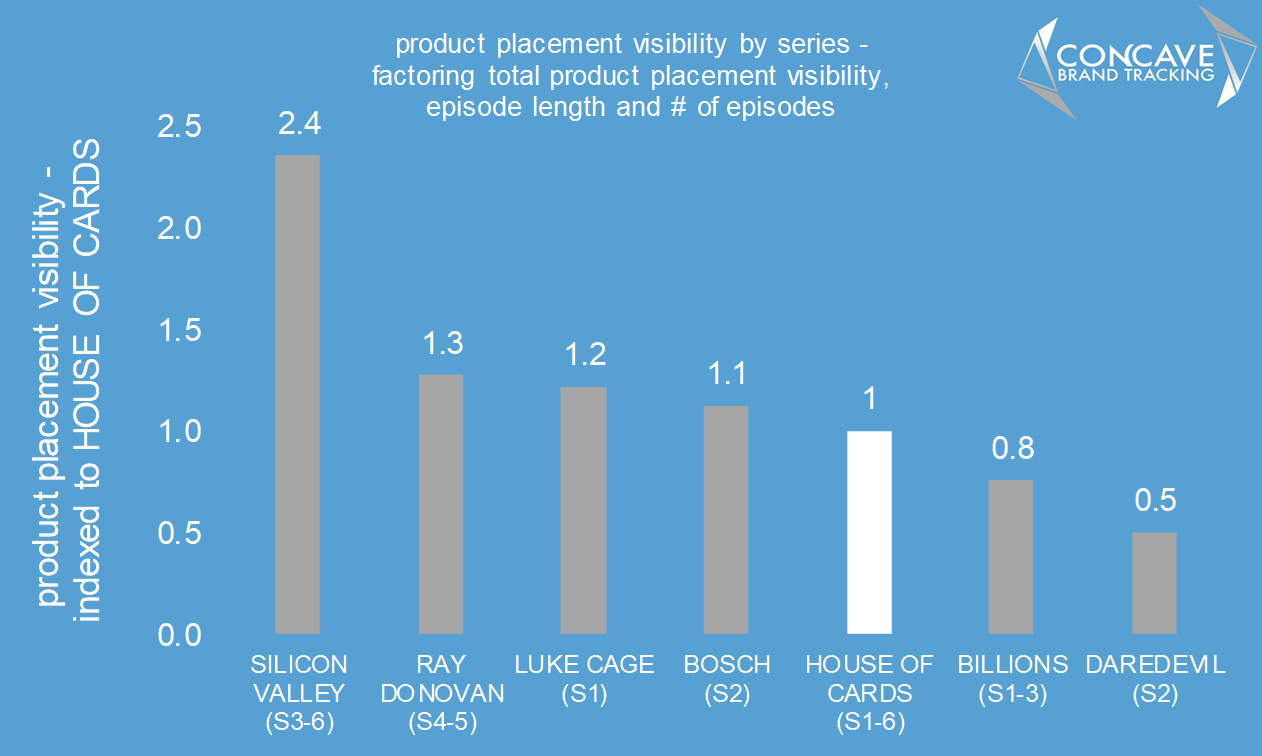 • The most product placement-filled season of HOUSE OF CARDS was season 4 and the one with the least (once we factor season 6 being shorter) was season 1.

Now let’s look at the top 10 most visible brands. They are ranked based on how long they were on screen, how visible their products were and how often their logo was visible.

You can also check out our video version of this top 10 here:

LG had just over 14 minutes of screen time across the first 5 seasons of HOUSE OF CARDS, all in the form of TVs or TV remote controls. Its biggest season was season 4 in which it had almost 7 minutes of screen time. LG benefitted from many close-up shots and had an overall logo visibility of 31%.

LG TVs appeared both in homes and professional settings, often being used to watch the news.

MSNBC only appeared in 4 seasons for a total of 5 ¾ minutes but is on this list due to much of its visibility being in the form of close-ups during which its logo was clearly visible.

MSNBC is portrayed as a source for government and political news. HOUSE OF CARDS showcases its discussion panels, live news coverage, interviews and its various shows, including Morning Joe, The Rachel Maddow Show, All In with Chris Hayes, Hardball with Chris Matthews and The Last Word with Lawrence O’Donnell.

Chevrolet appeared consistently in all 73 episodes of HOUSE OF CARDS, racking up almost 30 minutes of screen time with its logo visible in 60%.

Chevrolet was a staple of the show with its Suburban and Tahoe SUVs being the vehicles of choice for most of the main characters. As such, the brand is highly associated with professional use, government, security and transport. Robin Wright was the actor most associated with the brand throughout the show, followed by Kevin Spacey.

Kevin Spacey wore IWC watches consistently throughout every episode in the first 3 seasons. This added up to over 1 hour and 20 minute of screen time. However, IWC, somewhat mysteriously, disappeared in season 4.

BlackBerry had over 10 minutes of screen time in all seasons except season 2 where it dipped down to 2 ¼ minutes. As such, the brand accumulated over 1 hour of 10 minutes of visibility throughout the show.

BlackBerry phones tended to be used by older characters and were highly associated with professional and government use.

Dell appeared mostly in the form of monitors and laptops, but also computers, keyboards, servers and mouses. This added up to well over 1 ½ hours of screen time across 65 episodes.

Dell made up 90% of all monitor screen time in HOUSE OF CARDS and 30% for laptops.

The character most associated with Dell was Aidan Macallan (played by Damian Young) despite him only appearing in 7 episodes.

Dell is portrayed as a professional brand use by government employees ranging from politicians to intelligence officers, as well as journalists. It is also strongly associated with technology and hacking.

Avaya is a discreet but omnipresent brand in HOUSE OF CARDS. Indeed, their telephones can be seen in all congressional offices, White House offices, the White House residence and on Air Force One.

Between them, Kevin Spacey and Robin Wright were associated with Avaya in 71% of its more than 2 ½ hours of screen time. As such, the brand is strongly associated with politics, government, professional use and the office of President of the United States.

HOUSE OF CARDS featured 12 real-life TV channels, but none got even close to as much screen time as CNN. With over 30 minutes spread across all 6 seasons, much of which showed the channel very prominently, CNN was the 3rd most visible brand of the show’s run.

CNN was utilized as a narrative tool to show current events unfolding around the main story and well as to portray the media’s reaction to the characters’ actions. As such, viewers got a taste of CNN’s live event coverage, its breaking news, interviews, election coverage, debates and its various shows.

After only having around 3 ½ minutes of screen time in season 1, Samsung worked its way up to almost 50 minutes in season 4. This was also enough to make Samsung the #1 brand that year.

Samsung also had one of the most diverse presences in HOUSE OF CARDS in terms of product range. Indeed, the series showcased their TVs, phones and laptops, but also their kitchen appliances, tablets and even VR headsets.

The actors most associated with Samsung were Michael Kelly, Kevin Spacey and Derek Cecil.

After being the most visible brand in 4 of HOUSE OF CARDS’ 6 seasons, it should come as no surprise that we find Apple to be, by far, the biggest product placement brand across the entire show. As the chart below shows, Samsung had 30% less visibility than Apple. Apple also accounted for 11% of all product placement visibility in HOUSE OF CARDS with nearly 2 ¾ hours of screen time. 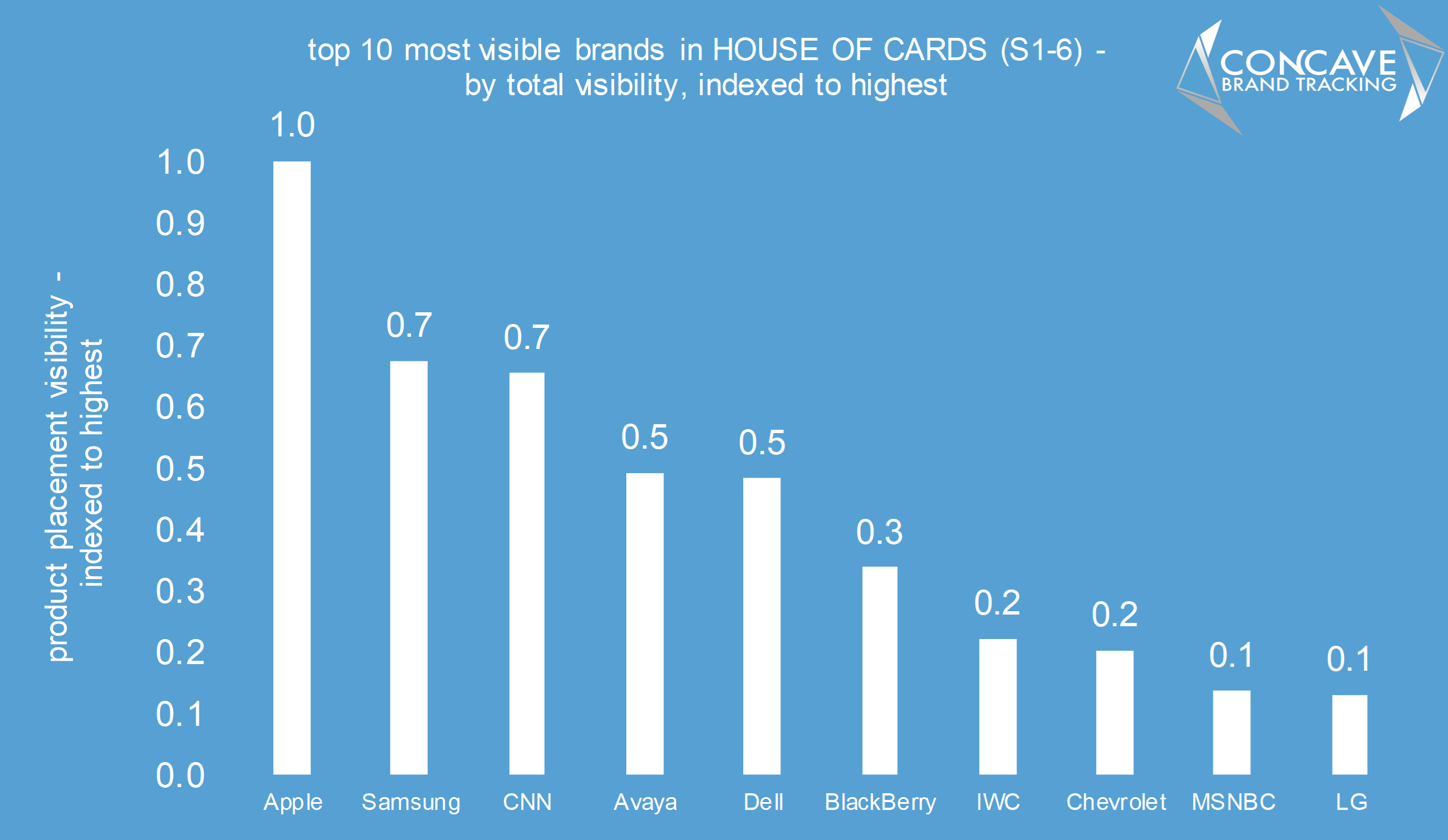 Apple appeared mostly in the form of laptops, mobile phones, computers and tablets.

The actors most associated with Apple were Robin Wright and Kevin Spacey.

Furthermore, the brand was associated with professional and government use as well as communication, luxury, work, journalism, photography and many more contexts.

You can also see our analysis of individual HOUSE OF CARDS seasons using the links below. 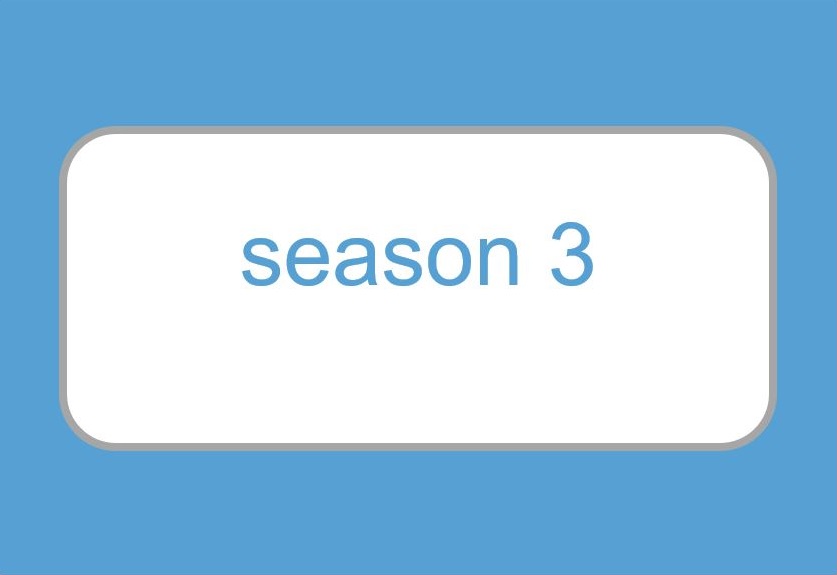 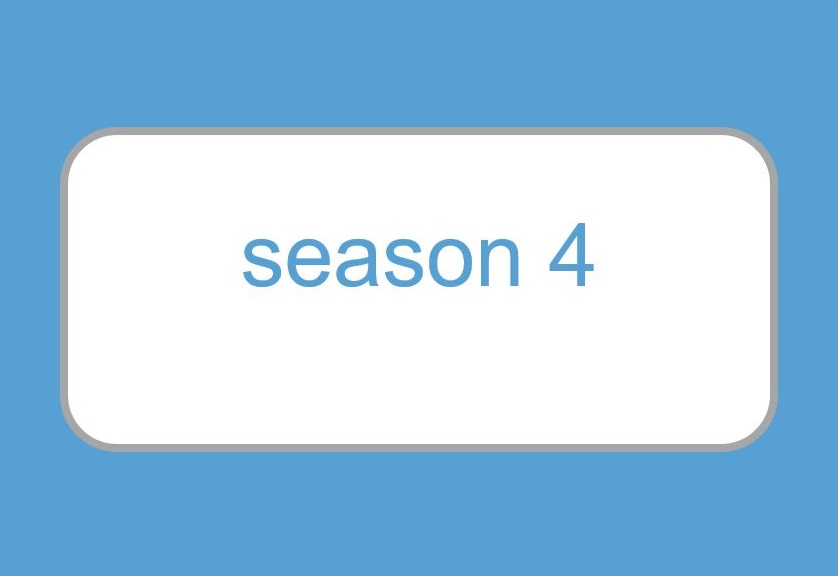 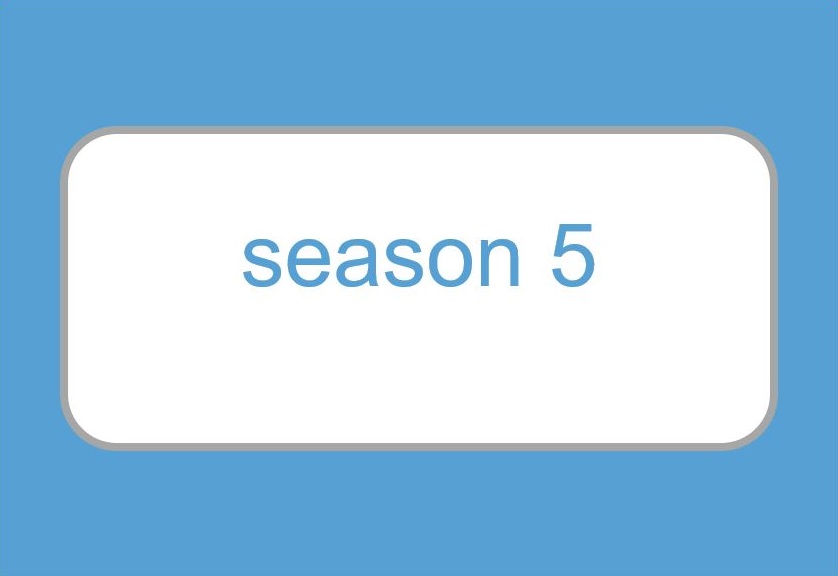 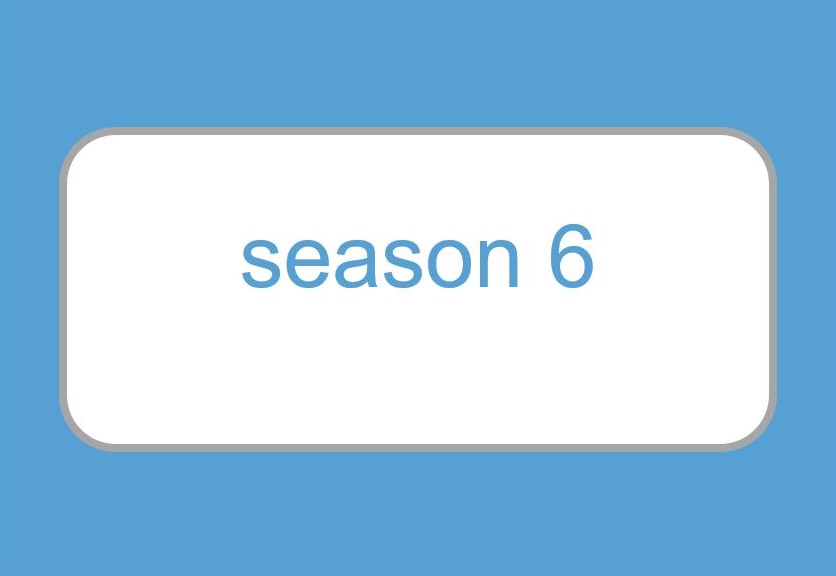